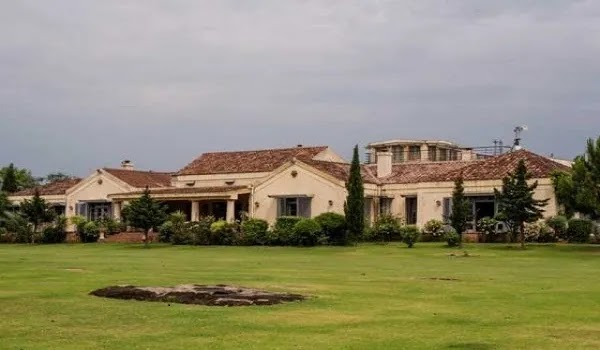 ISLAMABAD: The CDA has approved a map of Bani Gala, the residence of Prime Minister Imran Khan.

According to News, Prime Minister Imran Khan’s residence in Bani Gala has been declared legal, while the CDA has approved the map of the Prime Minister’s house.

The CDA had imposed a fine of Rs. 1.26 million on Prime Minister Imran Khan and Imran Khan paid the fine through a bank draft, after which his house was declared legal.


Prime Minister Imran Khan had applied to the CDA for regularization of both his residential buildings in Bani Gala and submitted the papers for his two-and-a-half-hundred-Kanal residence and adjoining sitting building.

Imran Khan had written a letter to the then Chief Justice Saqib Nisar regarding illegal constructions in Bani Gala on which the Chief Justice had taken suo motu notice.

Imran Khan had said in his letter that there was a land mafia active in Bani Gala which was carrying out illegal constructions against which no relevant body including CDA was taking action. Chief Justice Saqib Nisar had sought a detailed reply from the CDA on the matter.

A three-member bench of the Supreme Court, headed by the then Chief Justice of Pakistan, Justice Saqib Nisar, during the hearing of the Bani Gala encroachment case, had ordered that Imran Khan must first pay the fine as he was the petitioner in the case. He himself had raised the issue of illegal constructions in Bani Gala, he should decide and pay the fine of his house.