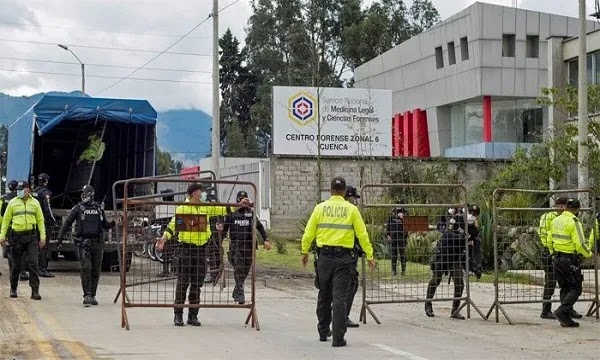 Riots in three Ecuadorian prisons have killed 75 inmates so far.

According to a foreign news agency, 67 prisoners have been killed in clashes between rival groups and attempts to escape from prisons in Ecuador’s three prisons.

According to Ecuador’s director of prisons, the riots in the Ecuadorian cities of Quinca, Guayaquil, and Latakanga on Monday were contained with the help of 800 police officers.

He said that there was an uproar over the leadership issue by two groups of criminals, while the riots were brought to an end after a search of the jails and the recovery of weapons.

Ecuador’s president says criminal organizations are involved in riots in all three prisons.

He also said that the army has been deployed in the jails to assist the police.