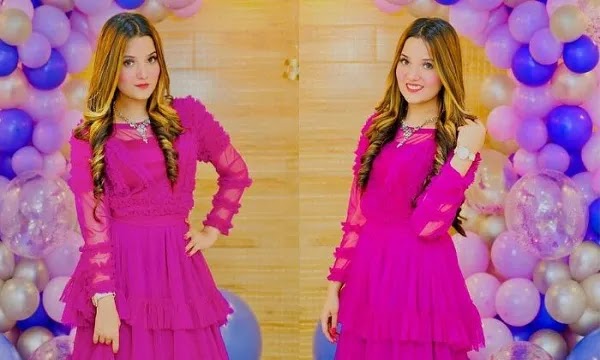 Rebecca Khan, daughter of Kashif Khan, the artist who made a good name of Pakistan in India, has crossed the milestone of increasing TikTok followers.

The number of TikTok followers of Rebecca Khan has reached 5 million.

After crossing this milestone, Rebecca Khan has also joined the list of Pakistan’s most popular TikTok models.

If you look at Rebecca Khan’s TikTok account, she has so far uploaded several videos that have received millions of likes, while her fans also send love messages to her in the comments section.

It may be recalled that Kashif Khan, the artist who made Pakistan famous in India, while talking to ‘Jang’ had said that Rebecca is my lovely daughter, I call her a born artist, the wealth of art she inherited from her father.

Kashif Khan said that Rebecca has just passed matriculation, I would like her to complete her education first and then enter show business, Rebecca has all the skills of a good singer, she traveled the world with me at a young age. And has also met with famous artists.

It should be noted that Pakistan’s number one TikTok star is Janat Mirza who is currently followed by more than 13 million users on TikTok.

Pakistan’s second top TikTok star is Kanwal Aftab who is currently followed by more than 11 million users on TikTok.