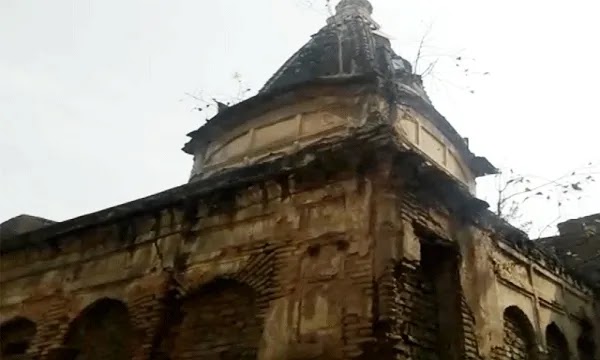 RAWALPINDI: The district administration has handed over the possession of a 100-year-old temple near Lal Haveli to the Mafia.

The temple will be handed over to the endowment department and restored to the Hindu community after repairs. The district administration along with Assistant Commissioner City Waqas Sikandar, Finance Department, and police personnel conducted an operation.

Many people have been occupying the ancient temple illegally for many years. There were shops around the temple where clothes were traded.

Assistant Commissioner City Waqas Sikandar said that the ancient temple is also in the official records. The temple was damaged in 1960 which damaged its main building.

The walls and entrances of the temple were occupied and shops were built. Was He said that the locals have fully cooperated with the administration to vacate the possession of government lands from which all parts of the temple have been vacated. So that it can be handed over to the Hindu community and they can come here and worship.

The AC City further said that large-scale operations are being carried out in Rawalpindi on the orders of the Prime Minister with the aim of eradicating illegal occupation of government lands.