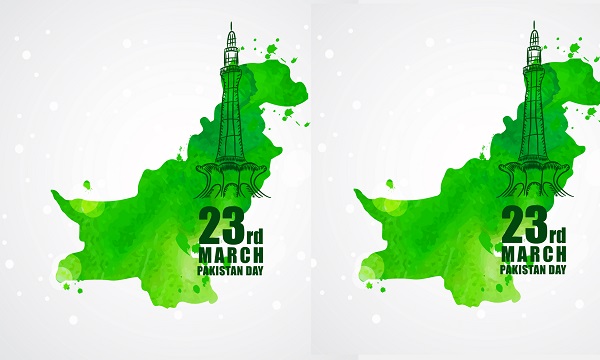 The greatest tragedy of us Pakistanis is that we have always been told half the truth about our history. The geography of Pakistan that was built on the building of half-truth has changed and we have lost half of Pakistan.

Even today it is very difficult to discuss in a public forum in Pakistan that the Dhaka where the All India Muslim League was born in 1906 and the Dhaka where AK Fazlul Haq, who tabled the resolution of March 23, 1940, is buried. Why did he surrender to the Indian Army?

It is a pity that the reasons for the fall of Dhaka are not discussed in our universities and colleges, let alone the whole truth about March 23. Until we start telling the whole truth about March 23, we will not be able to reach the truth of December 16. The reason for celebrating Pakistan Day on March 23 is generally stated that a resolution in favor of establishing a separate state for Muslims was passed at a meeting of the All India Muslim League at Manto Park, Lahore on that day.

Some historians have questioned whether the word “separate state” or “states” was used in the resolution. The Delhi Resolution of 1946 has the answer to this question because the demand for a state has replaced the states. The whole truth of March 23 is that not only one resolution was passed at the annual meeting of the All India Muslim League in Lahore on March 22, 23, and 24, but four resolutions were passed and the second resolution was on Palestine.

The actual date of March 23 is that in the meeting held before the passage of these four resolutions, Quaid-e-Azam Muhammad Ali Jinnah delivered a 100-minute impromptu speech on March 22. This impromptu speech and the full proceedings of the Lahore meeting were published by the Muslim League in a book in October 1940 from Bombay. During his lifetime, Quaid-e-Azam declared the Lahore Resolution as the Pakistan Resolution, and for four consecutive years from 1941 to 1947, the Muslim League used to hold rallies on Pakistan Day on March 23.

Shortly after the formation of Pakistan, Quaid-e-Azam died on September 11, 1948, and unfortunately, Pakistan was gripped by loyal British government military officers and bureaucrats. Pakistan Day was restricted to a military parade and the speech of Quaid-e-Azam on March 22 was omitted from the textbooks without which it is very difficult to understand the Pakistan resolution.

Quaid-e-Azam’s speech in Lahore on March 22, 1940, was in fact his presidential address. At the beginning of her speech, she announced that it was very important to involve women in their struggle, so a women’s section of the Muslim League should be established in every province and district.

Later, the Founder of Pakistan exposed the connivance of the Congress and the British government in clear words and said … They do not exist in form, but they will be acted upon in such a way that we Muslims will not hear a thousand screams. In his speech, Quaid-e-Azam said that we Muslims are not a minority but a nation but the Congress and the British government want to keep us only a minority.

Then Quaid-i-Azam referred to a letter written by a famous Hindu leader Lala Lajpat Rai to CR Das and said that this letter is contained in Prakash’s book and in this letter Lala Lajpat Rai wrote that Muslims and There can be no unity of Hindus because the religion of Muslims is an obstacle to this unity. This is the same Lala Lajpat Rai who built Gulab Devi Hospital in Lahore in the name of his mother.

Excerpts from Lala Lajpat Rai’s letter were presented by Quaid-e-Azam at a meeting of the Muslim League and he said, “Why doesn’t Gandhi understand what Lala Lajpat Rai understood long ago? Quaid-i-Azam said that the philosophy of life of Muslims and Hindus is separate, religious customs and traditions are separate, literature is separate, these are two civilizations, they can never become one nation.

He also said that the artificial unity that India enjoys today is based on the seriousness of the British. Unveiling Gandhi’s philosophy of non-violence, Quaid-i-Azam said in his speech that Gandhi had advised the Hindus of Sukkur to form their own armed private parties and resist.

A closer look at Quaid-e-Azam’s speech reveals that he saw in 1940 that the Congress and the Hindu Mahasabha were one from within. Even today, Muslims in Narendra Modi’s India can be seen through the eyes of Lala Lajpat Rai.

In his speech, Quaid-e-Azam also mentioned Palestine and called on the British government to end the oppression of Palestinian Muslims. Some people claim that the Lahore Resolution on March 23 was prepared by the British through Sir Zafar Khan. Historical facts refute all such claims.

Quaid-i-Azam’s speech on March 22 clearly reflected the March 23 resolution which was passed on March 24. Bengali leader AK Fazlullah, who introduced the resolution, was declared a traitor after the death of Quaid-e-Azam. After discussing the first resolution, Quaid-i-Azam announced the introduction of the second resolution. This resolution was presented by Abdul Rehman Siddiqui.

The resolution warned the British military to refrain from trying to subjugate Palestinian Arabs. The third resolution was to condemn the police attack on Khaksars in Lahore and the fourth resolution was to make the provincial Muslim Leagues bound by the rules and regulations of the Central Working Committee, which clearly showed that Quaid-e-Azam believed in running the party democratically. Did not establish a dictatorship in the party.

The same Khaksars who were condemned by the police in this meeting had also assassinated Quaid-e-Azam and tried to disrupt his meetings but Quaid-e-Azam did not believe in making political differences personal revenge.

After the death of Quaid-e-Azam, if the democratic and military dictators had not limited March 23 to a single military parade and told the whole truth about March 23 to the nation, this nation would not have been divided into two countries. When politicians destroyed democracy within political parties, military generals deprived Pakistan of democracy.

We became free from the slavery of British imperialism but sometimes became slaves to American imperialism and sometimes to our own half-truth. Both Allama Iqbal and Quaid-e-Azam were against dictatorship and monarchy but today’s rulers also accept the slavery of foreign kings and the slavery of international financial institutions because they have to hire these kings after retirement. Freedom from slavery is possible only when we learn to speak the whole truth.