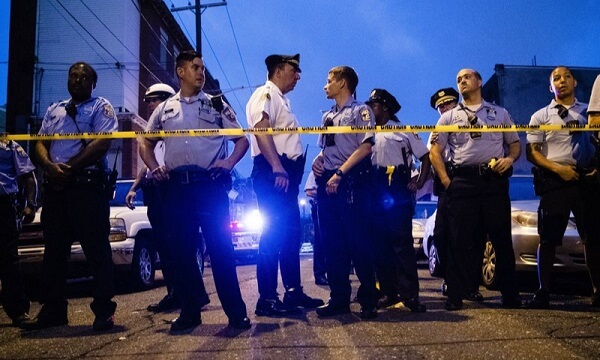 A gunman opened fire outside a bar in the US state of Philadelphia, injuring seven people.

According to the Dawn newspaper, police said an unidentified gunman targeted people standing outside the bar.


He said that the accused escaped after firing but his search is on.

The condition of the four injured is critical, police said.

According to the local news channel, a fight broke out inside the golf and social sports bar after the shooting on Friday evening.

CCTV footage shows a gunman firing on a crowd on the side of busy Delaware Avenue in the north of the city.

Police found two injured people inside the store and two others inside the bar, officials said.

The three injured were taken to hospital in a private vehicle, he said.

Earlier, on March 23, a gunman opened fire at a supermarket in the Boulder area of ​​the western US state of Colorado, killing 10 people, including the first police officer to arrive at the scene.

Just a few days before the incident, eight people, most of them of Asian descent, were killed in a shooting at three massage parlors in and around Atlanta, Georgia.

Due to the easy availability of weapons in the United States, large-scale shootings are frequent, prompting human rights groups to call for more effective gun laws.

Two people were killed and 14 were injured in a shooting at a party in New York last night.