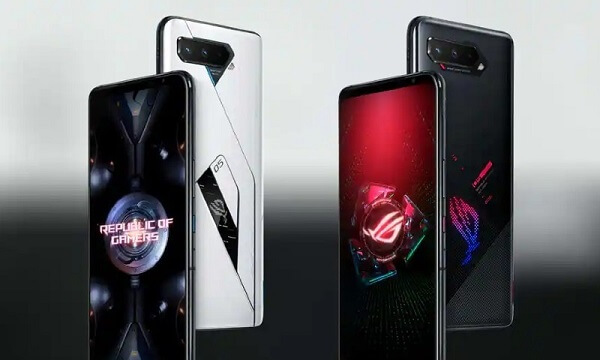 All three phones are powered by Qualcomm’s Snapdragon 888 processor to improve gaming performance.

This split has two benefits for phones, one is that it helps keep the Aero Active Cooler 5 close to the processor, while keeping the heat generated in the phones away from the user’s fingers.

The side port can be used to power HDMI external monitors, connect headphones, or power the Aero Active Cooler 5.

The ASUS Rogue 5 has a 6.78-inch AMOLED display with HDR10 Plus support while the refresh rate is 144 Hz.

Guerrilla glass wicks have been used to protect the screen and a special coating has been applied so that the fingers can work smoothly despite the sweat.

The phones also have AirTrigger 5 Ultrasonic buttons that can be used for shortcuts outside of games.

All three phones have the same camera setup and 3 cameras on the back.

The phones have a 64-megapixel main camera on the back with 13-megapixel Ultra Wide and 5-megapixel macro cameras, while a 24-megapixel selfie camera is provided on the front.

The front-firing stereo speakers have 2 Chris Logic AMPS, each providing 21% more power to the speaker.

The Rogue 5 has the RGB backlit Republic logo, while the other two phones have touch-enabled displays.