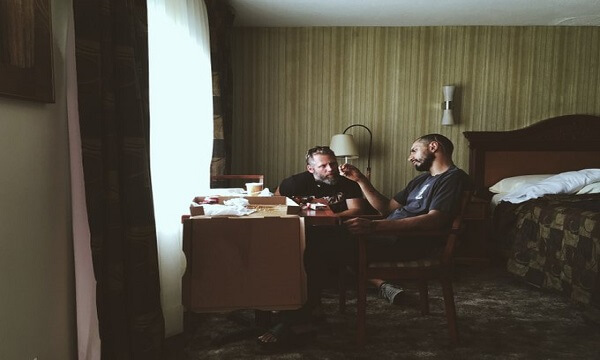 Can an award nomination connect you to millions of strangers living in different countries at once? And also so that they can hope for your victory despite being unfamiliar with your work?

Something similar happened with Rizwan Ahmed, also known as Riz Ahmed. But leaving the story of this gentleman here for a while, I ask you a simple question.

How many events happen daily around you and me?

You may know that there are 195 countries on the planet earth, inhabited by about 8 billion people and each person is an event, a story. It’s as if billions of events happening around us every passing moment, but how many of these events are really important to you? Only those with whom you feel a social, political, religious or linguistic connection.

So if the news of an Oscar nominee from the arts reaches you, who is a stranger to you, you may forget as soon as you hear the news, but if you are told that this gentleman is your friend. Homeland, we believe, we speak the same language, you speak, then all of a sudden your interest will skyrocket, and despite being completely unfamiliar with its technical abilities, you will hope that this time the award The same nobleman will get.

And this is almost the case with Riz Ahmed. When the Academy Awards nominations in the Best Actor category were announced in mid-March, Rose became the center of attention around the world, and why not. After all, he was the first Muslim actor to be nominated for the award.

What did Riz say?

The news was of particular interest to 220 million Pakistanis. Pakistanis have two reasons to be attached to Riz. The first is that he is a Muslim and the second is that he is of Pakistani origin.

Riz’s ancestors migrated after partition, then settled in Karachi. Her family moved to the United Kingdom in the 1970s, where she was born in 1982. So for the above reasons (without knowing how much Riz Ahmed struggled to get to this place) Pakistanis felt like a celebration.

Riz Ahmed was also aware of this religious, social, and linguistic connection, which he expressed in a statement after his nomination. “Many people will associate themselves with this moment because I am the first Muslim actor to be nominated,” he says. Some will relate to my being a British citizen of Pakistani origin, some may relate to my affiliation with the Wembley area of ​​London. The way she wants to connect with the moment will be beautiful for me. “

“The important thing is that people can relate to my happiness in such moments of mutual happiness,” he added.

Wow! I'm honoured to be nominated by my fellow actors alongside such inspiring performances, and am grateful to the Academy for their support and encouragement. I’m equally thrilled for our visionary writer-director Darius Marder and the brilliant Paul Raci… pic.twitter.com/Z6ScOq08tf

But what did Shabana Azami complain about?

Interestingly, the news also sparked the interest of India’s two and a half billion celebrities. One reason was that some of these artists (such as Shabana Azmi) had worked with Riz.

Shabana Azmi played the role of Genghis Khan’s mother in the novel The Reluctant Fundamentalist by Mohsin Hamid, an internationally acclaimed Pakistani fiction writer. While she was happy, she also complained that the name of a talented artist like Riz Ahmed is being discussed only on the basis of her religion.

Why should @rizwanahmed’s being “Muslim”be singled out ? He is a very good actor and were he to win the Oscar I hope it will be because its a damn good performance and for no other reason . BTW Ive worked with him in 2 films #BanglaTown Banquet and #Reluctant Fundamentalist https://t.co/xjOE6lTzP3

Many prominent Indian personalities, including renowned Indian journalist and writer Asim Chhabra, celebrated the nomination, calling him a ‘native’. Well, one of the reasons for the interest of Indians was the connection of Riz’s ancestors with Allahabad. His elder brother, Sir Muhammad Suleiman, was the Chief Justice of Allahabad and the Vice-Chancellor of Aligarh Muslim University. After the partition, some of his family members settled in Lahore, some in Karachi, and then the story turned to Britain.

What is the ‘film’ behind this nomination?

If you have reached this part of the writing, you must have understood that Riz Ahmed has not been nominated for Avengers, nor has he played a role in any DC superhero film. Has played He didn’t even appear in any of Christopher Nolan’s films. In short, it was not a big banner movie that took him to the Oscars.

It’s not that Riz, who began his film career with The Road to Guantanamo in 2006, did not make big banner films. We saw him as a pilot in the Star Wars series Rogue One, which was very popular. He appeared in a prominent role in ‘Venom’. Appeared in ‘Jason Bourne’ and ‘Night Crawler’. And then HBO’s series ‘The Night Off’, which set a record for popularity, for this series when Rose won the ‘Emmy Award’ for Best Actor, he was not only the winner in this category. The first were Muslims, the first Asians. And also hear that he was accompanied by great artists like Robert De Niro, Benedict Cumberbatch, and Jeffrey Rush.

In his career, he also enjoyed BAFTA Awards, Emmy, and Gold Globe nominations, but the Oscars are something else, sir. And this is the first time in 93 years that a Muslim has reached this honor.

After this long introduction, in which we also took a brief look at Rose’s career, let’s move on to ‘Sound of Music. That is the film, which is our subject. This is the story of a musician (remember that Riz also has a reference to music, he has released an album) The main character of the film faces the tragedy of hearing loss. Just think, what is the meaning of a drummer’s life when he can’t even play the drums?

So this is the story of finding the meaning of life. The protagonist learns the true meaning of silence by associating with an organization of deaf people. Directed by Darius Marder, the film has been nominated in not one but six categories, including Best Screenplay and Best Supporting Actor. That is, even if Rose did not receive the award, there is a strong possibility that history will remember Sound of Music as an Oscar-winning film. The film was first released at the Toronto Film Festival. It hit cinemas in November last year and is now available on the OTT platform.

Well, the important point is that Riz, who plays the role of a Muslim in most of the films, does not have his religious identity in the film, but his hearing problem, which pushes him towards a deeper journey of identity.

What is this riz test called?

While welcoming the nomination of a Muslim in Oscar’s 93-year history raises the question of whether Hollywood, which claims to represent diversity and enlightenment, has been developed by artists of different races, Why did it take a whole century to reach this stage? (You may recall, a few years ago, the absence of any black artist in the Oscar nominations caused a great deal of controversy.)

The answer to this delay is simple. No nation, group, organization or individual can completely get rid of its pride and prejudices. This process requires evolution, and evolution has taken place in Hollywood. We have surpassed DW Griffinth’s biased film, Birth of a Nation, released in 1915. There is still a long way to go. Dealing with Islamophobia, especially after 9/11, is a major challenge for the developed West.

Riz also faced such problems. A few years ago, in The Guardian, he described the identity crisis and the treatment he received at airports: “When I searched my underwear, I was often told about my films, and my I was also asked to take a selfie while searching for any explosives on my body.

In a speech to the UK’s House of Commons in 2017, when Rose highlighted the lack of diversity in the showbiz industry and the imitation of traditional concepts in presenting Muslims, two UK-based owners were asked to investigate the issue. The idea of ​​creating a ‘Riz Test’ based on questions, which can be used to determine anyone’s views on Muslim identity on film and TV. Thus Riz’s popularity and understanding highlighted an important discriminatory issue.

It is possible that in a few weeks we will receive great good news and we will feel the same joy that we did when Najib Mahfouz and Orhan Pamuk were awarded the Nobel Prize for Literature because they were Muslims. Or the happiness that we got at the Malala and Sharmeen Obaid Chennai awards that they were from Pakistan. It is possible that Riz Ahmed will become the first Muslim, the first Pakistani-born artist to receive the Best Actor award and become immortal in the history of art.

But if that doesn’t happen, it’s still a way to get more involved. For me, he has already won this competition!