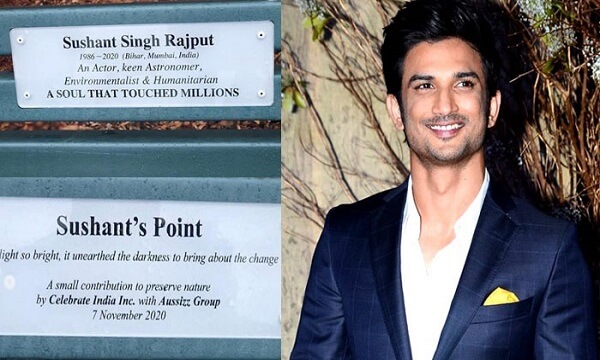 A plaque bearing his name was erected on an Australian bench in memory of Bollywood star Sushant Singh Rajput, who committed suicide last year.

Apart from this, the name of Sushant Singh’s country ‘Bharat’ has been written on the plaque and along with it the date of birth and death of the actor have also been recorded.

Shweta Singh Kirti wrote in the caption of her post that “My brother is not alive but his name will live forever.”

Indian actor Sushant Singh Rajput, 34, was found dead on June 14 last year at his home in the Bandra area of ​​Mumbai.

During the investigation into Sushant Singh’s suicide, the police had received some documents from his house according to which Sushant Singh was undergoing treatment for depression.