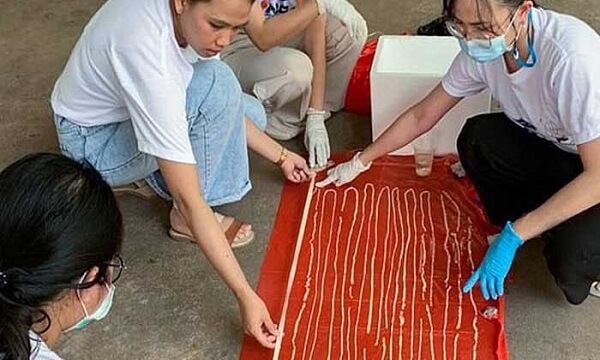 In Thailand, a 60-foot-long worm was found in the stomach of a patient, much to the astonishment of doctors.

The patient arrived at the hospital with a complaint of abdominal pain, where doctors performed some necessary tests on him and obtained samples, and sent them to the laboratory.

When the report came, it was revealed that the patient had a worm several feet long and 28 eggs in his stomach.

The doctors, after looking at the reports, gave the patient certain medications, the next day a worm 60 feet long came out of his stomach.