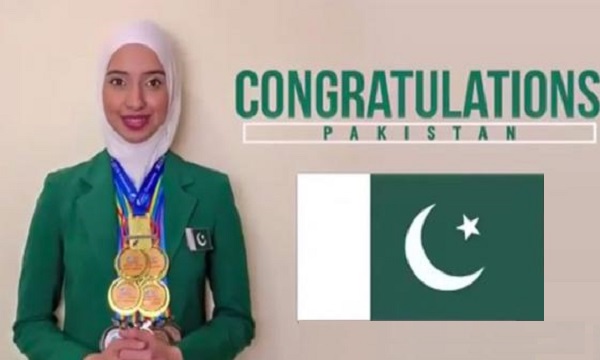 The talented Pakistani student defeated India and Sweden as the ‘World Memory Champion’. Set a world record for memorizing the most words, names, and faces in the shortest time.

In a video released on social media, Emma Alam shared the good news of winning international honors with Pakistanis.

Emma Alam broke the record for most words memorized in 15 minutes.

He broke India’s record by memorizing 410 words in 15 minutes.

He also broke the record for most names and faces remembered in 15 minutes.