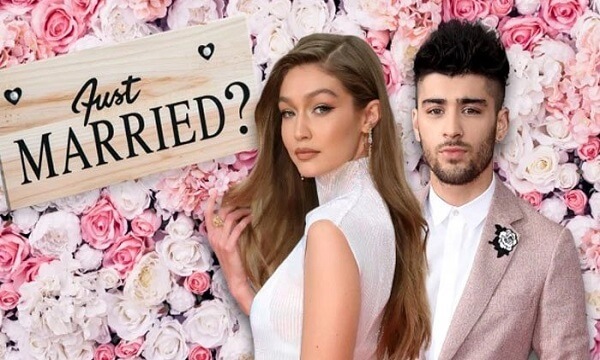 News of the wedding of Pakistani-born British singer Zain Malik and Palestinian-American supermodel GG Hadid is once again circulating on social media.

Singer Ingrid Michelson, who recently partnered with Zayn Malik for her new song, called Zayn Malik married in one of her live Instagram sessions.

The video of the singer’s live session went viral on social media as fans thought that the singer had given some big news about the wedding of Zayn Malik and GG Hadid.

Speaking about Zayn in his live session, Michelson said, “I’ve never met Zayn before, nor have I ever talked to him. Zayn doesn’t do what he doesn’t want to do, and that’s why he This song is sung very well.

“Zain Malik is a secretly married man with a daughter. He does everything the way he wants to,” she said.

After the singer started trending ‘Zen is married’ on social media, she realized that she had made a mistake in her live session.

Michelson later apologized to Zayn Malik’s fans on his Instagram account, saying, “I’m sorry I made you emotional, I was wrong, Zayn is not married.”

Earlier, when Zain had tattooed a poem written about Khalil Gibran’s love and marriage, rumors of his marriage started circulating on social media.

Zayn Malik, 27, and Jiji Hadid, 25, first had a relationship in 2015 and have been seen together several times, with both openly expressing their love for each other in the media.

Gigi Hadid and Zain Malik have been seen together several times since January 2020, but they did not speak openly when their relationship was restored, as they gave birth to a daughter in September last year.