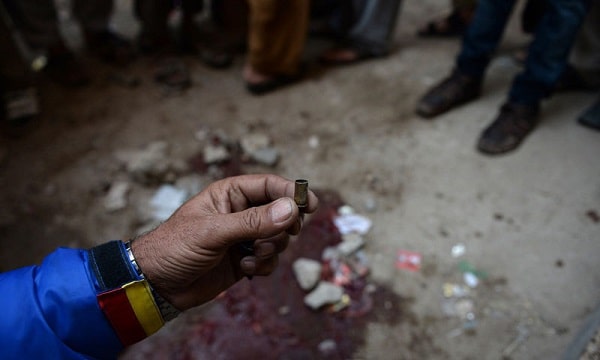 A young journalist was shot dead by robbers while attempting to loot near Qambrani Road Bank Colony in Quetta.

The deceased journalist was identified as Abdul Wahid Raisani, who was the sub-editor of Azadi daily.

According to police, while Abdul Wahid was on his way to work from his house near Qambrani Road last night, the robbers tried to snatch his motorcycle which was fired upon while resisting.

According to police, Abdul Wahid Raisani was shot in the chest by the robbers.

Immediately after the incident, rescue workers took Abdul Wahid to the hospital where he succumbed to his injuries.

Abdul Wahid Raisani had been working as a sub-editor of Azadi for the last three years.

The family of the deceased has refused to comment on Abdul Wahid’s death.

On the other hand, the Balochistan Union of Journalists has strongly condemned the incident and demanded immediate arrest of the culprits.

It may be recalled that a few days ago, a senior journalist and former chairman PEMRA Ansar Abbasi was shot dead while walking in a park in Islamabad but fortunately he survived the attack.

Journalist Ajay Lalwani was attacked by gunmen while he was sitting at a barber shop, injuring the journalist, who was rushed to Sukkur Civil Hospital where he succumbed to his injuries.