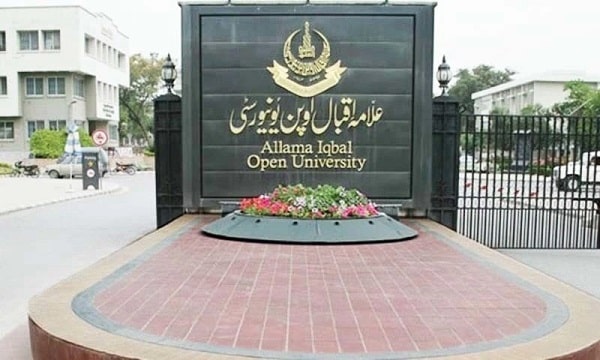 ISLAMABAD: Allama Iqbal Open University has postponed its examinations across the country due to the escalation of Corona’s third wave of attacks.

A statement issued by Allama Iqbal Open University said that the new schedule will be announced after the Eid-ul-Fitr holidays.

The number of corona patients in Punjab has reached 288,598. Meanwhile, 7,964 people have lost their lives in the province so far.

In Sindh, the number of patients infected with the coronavirus has reached 277,593, while 4,593 people have lost their lives in the province so far.

The number of patients infected with coronavirus in Khyber Pakhtunkhwa has reached 113,121. 3103 people died in the province.

So far 21,618 cases of coronavirus have been reported in Balochistan while 232 patients have died in the province.

The total number of affected people in the federal capital Islamabad reached 72,981 while the death toll reached 660.

In Gilgit-Baltistan, 5,253 people have fallen victim to corona so far while 104 people have lost their lives.

In Azad Jammu and Kashmir, the number of people affected by Corona has reached 16,463 while 461 people lost their lives.

The number of people recovering across the country is also on the rise, with 5,685 people infected with the coronavirus in the last 24 hours, according to the NCOC. So far, 682,290 patients have beaten corona across the country.