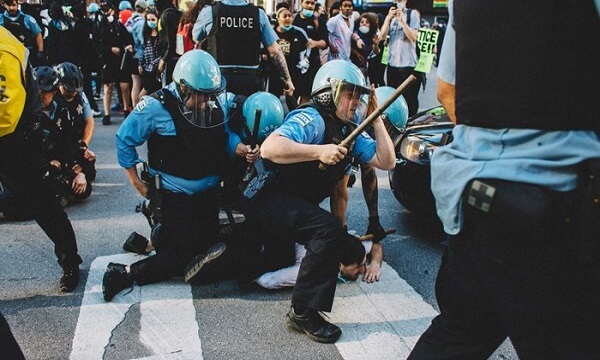 Another black man has been killed by police in the US city of Minneapolis.

According to the foreign news agency, new demonstrations for the rights of blacks have started in Minneapolis after the death of another black citizen by the police.

Angry protesters threw stones at police cars were outside the police station and two vehicles were burnt.

According to the foreign news agency, two people were injured as a result of tear gas shelling and firing by the police on the protesters.