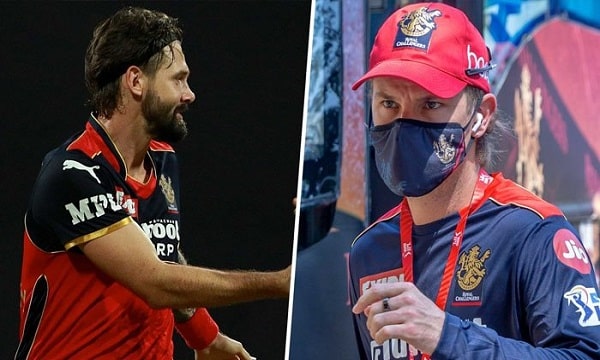 Australian cricketers are leaving the league for personal reasons.

Given the Corona situation in India, the organizers are facing severe criticism for continuing the league.

Media reports say the chances of the league being postponed have increased.

India is currently the most affected country in the world by the coronavirus, where the health system has come to a complete standstill and patients and their families are facing the worst situation due to the lack of other basic facilities, including oxygen deprivation. ۔

Even in this dire situation, the organizers are being severely criticized for continuing the Indian Premier League, as in the last 24 hours, 3.5 million people in India have fallen victim to the virus and nearly 3,000 have died.

In view of the deteriorating situation with each passing day, 3 Australian players announced their return home.

Australia’s Andrew Tie, Adam Zampa, and Ken Richardson are among those who have withdrawn this year in the middle of the IPL season.

Andrew Tie, who represents Rajasthan Royals in the league, has returned to his hometown of Sydney from Mumbai via Doha, citing the harsh life of the biosecure bubble and possible border closures by Australia.

He told Australian Radio that a few other players were interested in following in my footsteps and wanted to know which way I would return home.

“There were some reservations, I don’t know if I’m the only one to do that because it’s too early to say anything,” the fast bowler said.

Meanwhile, Australian players Adam Zampa and Ken Richardson have also returned home, which has been confirmed by their franchise Royal Challengers Bangalore.

Adam Zampa & Kane Richardson are returning to Australia for personal reasons and will be unavailable for the remainder of #IPL2021. Royal Challengers Bangalore management respects their decision and offers them complete support.#PlayBold #WeAreChallengers pic.twitter.com/NfzIOW5Pwl

Royal Challengers Bangalore said in a tweet that Adam Zampa and Ken Richardson are returning home for personal reasons and will not be available for the rest of the league season, and the franchise management respects their decision and fully co-operates.

Although the franchise has attributed the return of both the players to personal reasons, it is believed that the reason for the return of Zampa and Richardson is the rapid spread of Corona in India.

Despite the withdrawal of the three players, key Australian players Steven Smith, David Warner, Glenn Maxwell, and others are still part of the league and the Australian Cricket Board has said it is constantly reviewing the situation.

Ashwin also resigned from the league

Not only the Australian player but also the famous Indian off-spinner Ravi Chandran Eshwan has withdrawn from the remaining editions of the Indian Premier League this year.

I would be taking a break from this years IPL from tomorrow. My family and extended family are putting up a fight against #COVID19 and I want to support them during these tough times. I expect to return to play if things go in the right direction. Thank you @DelhiCapitals 🙏🙏

Spinner, who represents Delhi Capital, said he could represent the team again as soon as the situation returned to normal.

Extending our full support to you in these difficult times, @ashwinravi99 🤝🏽

Sending you and your family all the strength and prayers from all of us at Delhi Capitals 💙 https://t.co/JoqzDGFVdB

The biggest blow to the return of the Australian cricketers is Ashwin’s withdrawal from the league and that is why the future of the event this year is in question as to whether the tournament will reach its climax.

This year the event will continue till May 30, but given the current situation in India, it seems difficult to complete the event.

On the other hand, the popular English daily of India has canceled the coverage of the Indian Premier League in protest of the continuation of the event in spite of the depressing situation in the country.

The New Indian Express on Sunday described the tournament as commercial in its editorial and said it would not cover the tournament until conditions returned to normal.

The newspaper made another tweet today in which they wrote that they are publishing these special pictures and materials in the space allotted for the IPL.