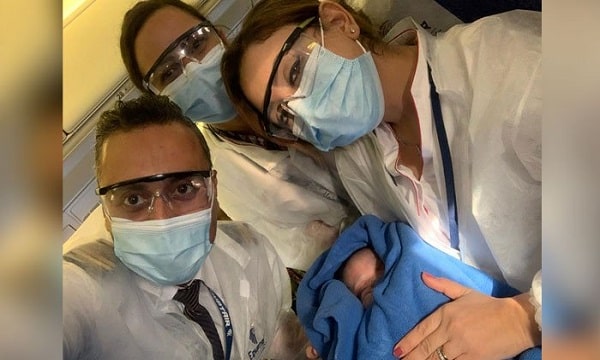 A woman on an Egyptian Airlines flight from Canada to Cairo gave birth to a baby with the help of a medical student on board.

Upon alerting the medical emergency, the air traffic control instructed the pilot to make an emergency landing at Aswan Airport in Egypt.

However, during the flight, the crew took care of the woman. When the crew inquired about the doctor is one of the passengers on the plane, Laila Muhammad Abu Bakar, a medical student, volunteered to help in the medical emergency.

According to aviation sources, the plane was flying over Sudan when the woman gave birth to a son.

Medical student Laila Muhammad Abu Bakr helped save the life of the mother and child with the help of a flight attendant on the plane.

The medical student was thanked by the airline and the mother and child were well received.