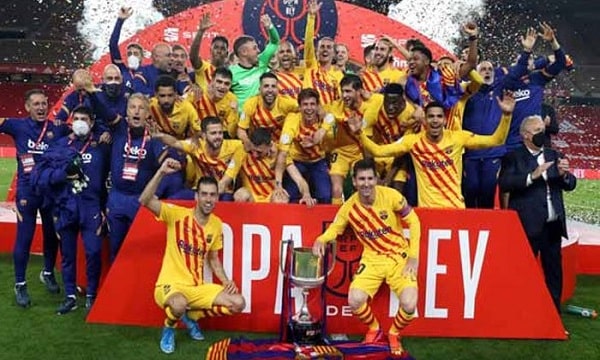 In the Copa del Rey Cup, neither team scored until 60 minutes into the game, but then Barcelona scored four goals in a row, the first goal being scored by Griezmann, the second by De Jong, and the second by Messi to lead the team to the title. ۔

Messi set a record of 10 goals in the Copa del Rey Cup and also won the tournament trophy seven times.

On the other hand, in the FA Cup, Chelsea defeated Manchester City by one goal and qualified for the final.