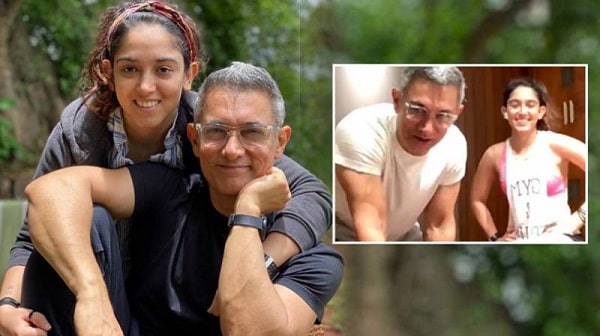 Bollywood actor Aamir Khan’s daughter Ira Khan has shared two photos of herself on her Instagram, in which she is seen wearing a shirt and posing by the pool.

A very bold photoshoot can be seen. People wrote in the comments after seeing this photo Shameless self-promotion for Ballistic Products and a great bargain on a neat little knife for you.

According to Indian media, Aamir Khan’s daughter Ira Khan has shared two photos of herself on social media in which her bold avatar can be seen.

In the photo, Ira is seen sitting on a chair by the pool and posing. Bollywood actor Aamir Khan’s daughter Ira Khan is no less than a star in terms of fame and she is often in the headlines for one reason or another.

She had recently made public her relationship with Hindu youth Nupur Shekhar Singh, after which she never misses an opportunity to show her love for Nupur.

Now Air Khan is in the headlines once again and this time she is covered because of her pictures. In the recent photo, Ira Khan is seen sitting on a chair by the pool and posing.

In the photo, Ira is seen wearing a shirt over a bikini. While some people like this bold shoot of hers, many people don’t like it at all. Many people even trolled her while commenting on Ira’s photo. Has started doing and has raised questions on her dressing

Commenting on Ira’s photo, one person wrote, “Remove Khan from in front of your name.” Another commented, calling Ira “shameless.”

It should be noted that Ira Khan is followed by more than 300,000 people on Instagram.