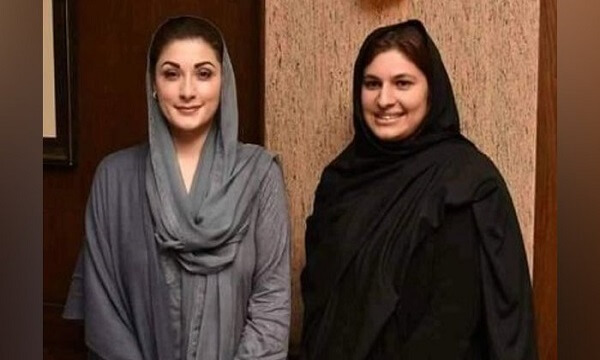 Polling for the NA-75 by-election continued uninterrupted from 8 a.m. to 5 p.m., however, the votes were counted after the end of polling time.

According to unofficial results of all 360 polling stations of Daska NA-75, Noshin Iftikhar of PML-N won with 111,220 votes.

His opponent Ali Asjad Malhi of Pakistan Tehreek-e-Insaf got 92,019 votes from the constituency with which he lost the battle.

There was a lot of hustle and bustle at 360 polling stations in NA-75 Daska all day today, with people increasingly exercising their right to vote.

CCTV cameras were installed at 47 A category polling stations.

Regarding the preparations for the elections, the ECP had said that 4,162 police personnel and 1,048 Rangers would be deployed for security in the entire constituency while 10 teams of the Pakistan Army would be present as a quick response force.

Due to by-elections, section 144 was enforced in Sialkot. On this occasion, the display of licensed or unlicensed weapons was not allowed.

Announcements from mosques for leaving homes and voting

During the voting process, announcements were made from mosques in different areas asking people to leave their homes and cast their votes.

PTI and PML-N workers came face to face during the visit of PTI leader Usman Dar at the Post Graduate College polling station.

Activists chanted slogans against each other, with PTI leader Usman Dar saying that Rana Sanaullah and his associates were barred from entering the disco today, so there would be no shooting or bloodshed today.

It may be recalled that a heavy contingent of police was also present in the constituency to deal with the situation.

At the scattered polling station, a League worker accused the policeman of forcibly sealing the ballot from a female voter, after which Ata Tarar reached the polling station on receiving information.

PML-N leader Ata Tarar said that a complaint has been lodged with the DPO and the Election Commission as to why male police personnel is on duty at women’s polling stations.

Presiding officers should not do anything that would make the election controversial, says Noshin Iftikhar

PML-N candidate Noshin Iftikhar while talking to Geo News during the polling process had said that Daska is the stronghold of PML-N, some people of PPP are supporting it but there is some difference. Will not have

If the situation worsens, it will be due to PML-N, Asjad Malhi said

PTI candidate Asjad Malhi while talking to Geo News during the polling had said that PML-N MPAs and MNAs were roaming in the constituency.

He further said that the Election Commission and the police have been asked to take notice, if the situation worsens will be due to PML-N.

Baba Rashid, 70, arrived on horseback to cast his vote

In the by-elections in Daska NA-75, a man came on horseback to cast his vote.

The woman ran with the ballot paper after affixing the seal

During the by-election in Daska NA-75, a woman ran at polling station 89 with her ballot paper after stamping her vote.

It may be recalled that in the by-election of NA-75 Daska, there is a fierce contest between the ruling Pakistan Tehreek-e-Insaf (PTI) candidate Asjad Malhi and the PML-N candidate Noshin Iftikhar.

It may be recalled that on February 19 this year, the results of 20 polling stations were disputed by the Election Commission.