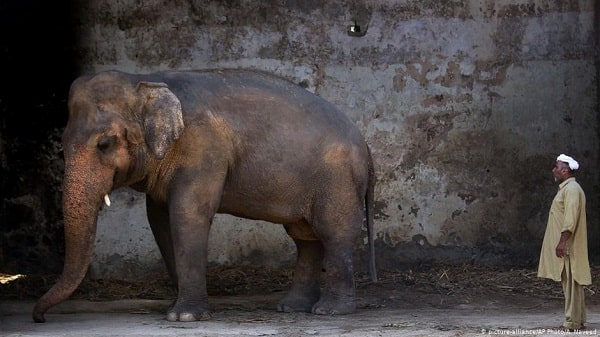 The trailer of the documentary based on the life of the world’s loneliest elephant “Kauon” has been released. The film will be released on the 22nd of this month.

According to the report of the news agency, the documentary has been made with the help of the American singer Sher who is struggling to get the elephant out of the longest solitude.

According to the report, the film, co-produced by Smithsonian Channel, filmed Kauon’s loneliness and his journey to Cambodia and described the American singer’s animal-friendly behavior as what made Kaun a lion. Forced a struggle to overcome loneliness and how he also composed a special song to draw the world’s attention to this issue.

The film’s trailer lasts one minute and 31 seconds, highlighting the interactions of humans with animals and other living things.

The film will be released on April 22 this year on Paramount Plus.

It is to be noted that Kaun was lonely after the death of his female companion in Marghzar Zoo in 2012, for whose release the American singer Sher campaigned regularly, after which the Senate took notice of the matter. He was released and ordered to return to Cambodia, where he was transferred to Cambodia last year.