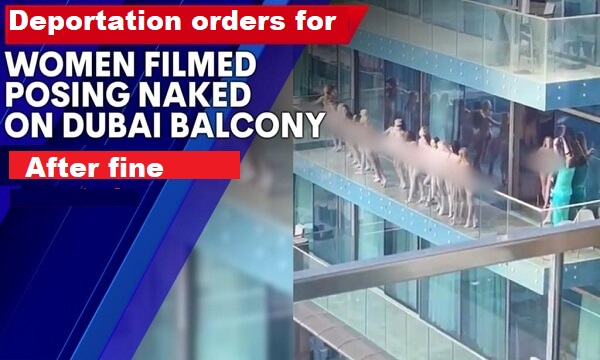 The government of the United Arab Emirates (UAE) last week ordered the deportation of all those involved in the incident, including all the women and photographers who took naked photos.

Reuters news agency said in a statement issued by the Dubai Press Office that the order issued by the public prosecutor has ordered the deportation of all those involved in the illegal photoshoot.

The statement did not specify how many men and women were involved in the photoshoot and what countries they belonged to, but all were ordered deported.

A statement issued by the Dubai Press Office said that an investigation into UAE law violations against all those involved in the incident had been completed.

His Excellecy, Essam Issa Al Humaidan, Attorney General of the Emirate of Dubai stated that the Public Prosecution office has completed investigations on a recently publicized photo shoot which contravened UAE law.

It was thought that the men and women involved in the naked photoshoot would be sentenced to 6 to 18 months in prison and fined, but this did not happen.

Remember that spreading obscenity in public places in Dubai, drinking alcohol, taking objectionable videos and photoshoots is a crime, and such acts are punishable by imprisonment for 6 to 18 months and a fine. 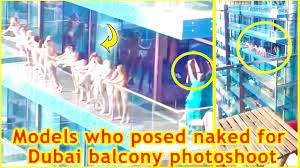 The incident took place last week, April 3, in which about a dozen white European women were seen posing naked on a building in the Marina area of ​​Dubai’s high-rise buildings.

Dubai police arrested about 40 people, including a dozen women involved in the incident when a short video of the incident went viral on Arab social media. 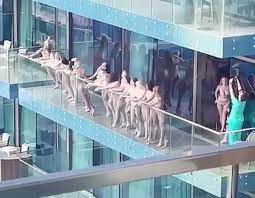 It was not immediately clear why or for what purpose the video went viral, but the video suggests it was shot secretly.

The video, which went viral, showed a dozen women naked on the balcony of a high-rise building in Dubai, apparently posing for a photoshoot.

According to UAE media reports after the video went viral, the photoshoot of the naked women in the video was a promotional event.

However, the report did not say what kind of promotional event the women were holding.

It is believed that in other UAE states, including Dubai, tourists are allowed to drink alcohol, have concerts and dance parties, but no inappropriate action can be taken in public places and violators face legal action.