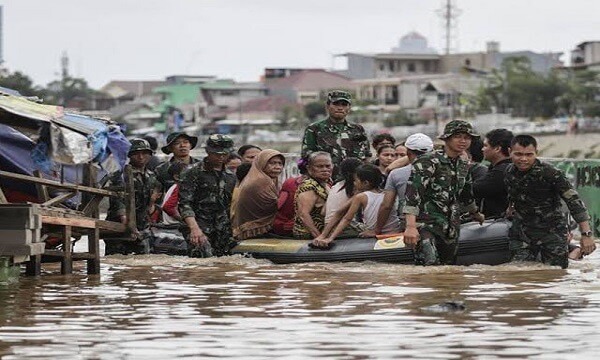 Jakarta: Heavy rains, floods, and landslides in Indonesia have killed 44 people and injured several others.

Indonesia Land Sliding: According to the International News Agency, the continuous torrential rains in the eastern province of Indonesia took the form of floods, while landslides caused mudslides in the flood relay, mud floods devastated everywhere.

The death toll from rains, landslides, and floods has risen to 44 so far, while bridges and roads in the eastern part of the island of Flores have been destroyed, disrupting traffic.

The landslide destroyed dozens of houses, leaving nine people feared buried under the rubble, while several bodies were also found in the mudslides. Bodies continue to be found during rescue operations, leading to fears of an increase in casualties.

More than 50 injured have been brought to hospitals, most of whom have been allowed to return home after first aid. The number of injured is critical. Emergency has been declared in the hospitals.

The Meteorological Department said that the rains and bad weather will continue next week, so the sea has been banned and citizens have been instructed not to leave their homes unnecessarily.