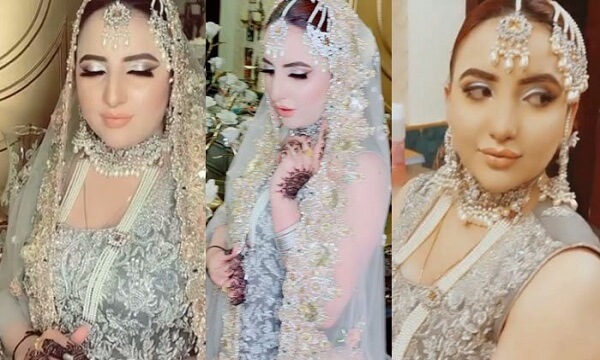 There are rumors of a bridal photoshoot of Pakistan’s leading TikTok star Hareem Shah.

Hareem Shah has shared videos and photos of the bride on social media which have gone viral.

Fiza Hussain aka Hareem Shah’s beautiful photos are being shared by her fans expressing their liking, the actress has closed the comment section on her own post.

On the other hand, Hareem Shah will show the essence of acting in her first web series ‘Raz‘.

Directed by Asad Ali Zaidi, this web series will be aired on Urdu Flex.

It is not clear whether the story of ‘Raz’ is based on Hareem Shah’s personal life or not, but the trailer shows that the story of the series is inspired by his life.