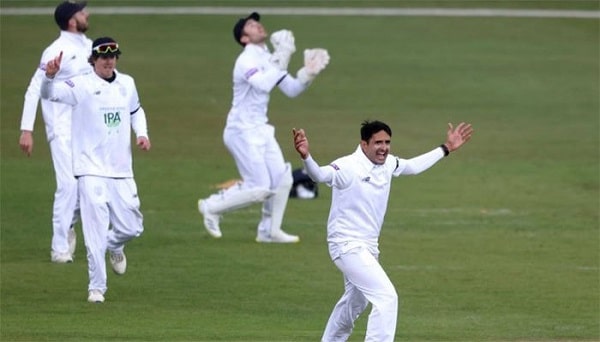 
Muhammad Abbas completed his hat trick by taking wickets on the last 2 balls of the first over and the first ball of the second over.