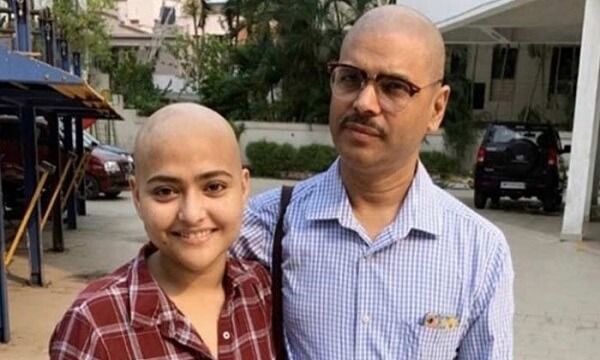 According to Indian media reports, Andrela Sharma has been diagnosed with cancer and is undergoing chemotherapy to treat it.

He shaved his head before starting chemotherapy.

Andirela is bravely battling cancer where her family and friends stand by her side to encourage her.

Recently, however, she received a gift from her father that moved her.

The actress shared a picture of herself with her father on social media and also wrote about how a father sacrifices everything for his child’s laughter.

He added that fathers do not say how much they love their son or daughter, but they quietly do everything they can to prove it.