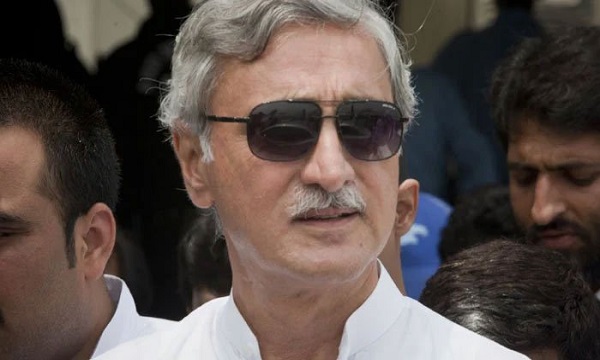 Islamabad (Ansar Abbasi) Jahangir Tareen is not alone, there are many others. At least 14 sugar mills have been sent “final notices” by the FIA Lahore and several cases have been registered against various characters of the “sugar mafia”.

Although it is said that Jahangir Tareen is a big player in the sugar business, Shahbaz Sharif’s family still tops the FIA’s “list of targets”. Was before The FIA ​​has alleged in its FIR that Shahbaz Sharif and his sons had laundered Rs 25 billion from 2008 to 2018 by hiding and opening fake accounts from “external sources”. These accounts were opened in the name of low-paid RSML employees (peons and clerks).

In the case of Jahangir Tareen’s JDW Mills, a public limited listed company, Jahangir Tareen is accused of dishonestly buying the assets of JK Farms Limited (CEO Ali Tareen) for Rs 4.35 billion and In a way, he deceived the public shareholders and benefited his son through the sale agreement of November 20, 2013.

Final notice has also been sent to Khusro Bakhtiar’s family’s RY Sugar Mill which is related to the investigation of the Satta Mafia. Like Tareen, RY’s Sugar Mill has been accused of dishonestly raising sugar prices in conjunction with the secret network of the Satya Mafia’s WhatsApp group.

According to the notices, the management of these sugar mills has been accused of colluding with brokers and frontmen to turn them into sugar mafia and this mafia is dishonestly raising sugar prices Fraud is being perpetrated for this purpose through the secret groups of WhatsApp.

They are accused of cheating consumers, unfairly raising sugar prices, and hiding the proceeds of the crime through assets in secret and fake bank accounts. The notices state that the evidence shows that the proceeds of crime are being concealed through fake and bogus accounts or raw accounts.

Evidence also suggests that the Sugar Mills are in cahoots with the Sittwe Mafia. Account-holders at these sugar mills have been asked to submit all records of sugar stocks and state how much sugar has been sold to the players and through them since November 1, 2020, such as the company’s original ledgers. Vouchers. The same record of sugar sold from November 1, 2020, has been sought which has also been demanded by the FBR.

The FIA ​​alleges that the sale agreement was executed but did not determine the fair amount through independent evaluators and was not properly disclosed in the AGM or the annual audit FS.

The bogus reports (January 29, 2014) of Unicorn Surveyors and Asad Aleem Mirza AF Ferguson & Company auditors were submitted. It is said that Jahangir Tareen and his son were called six times during the inquiry but they did not appear.

FIR 17/2021 CCC Lahore (JDW Farooqi Pulp Mills) It has been alleged in the case that Jahangir Tareen disbursed Rs 3.14 billion from JWD accounts through dishonesty after 2011 and 2012. 2013 to 2016) Invested in Associated Company Farooqi Pulp Mills (AKT & Waleed Farooqi); This was at a time when the company’s operations were shut down due to various failures and there were no plans to resume operations.

The agency says the move was made to embezzle JDW’s funds and launder money, which was sent to the UK in 2016 for 7 7 million and was used to buy property abroad.

FIA sources said that the amount of Rs 41 million in the personal accounts of Jahangir Tareen and Ali Tareen has been frozen and five questions have been asked from both of them which have been sent to them in the notice.

FIA 18/2021 CCC Lahore (JDW Money Laundering) Another FIR alleges that Jahangir Tareen embezzled Rs 2.2 billion from JDW accounts and for this purpose, He relied on his trusted man Amir Waris and transferred money to the family’s accounts.

The FIA ​​claims that both Jahangir Tareen and Ali Tareen were running fake accounts (Rs 5.8 billion) through Majid Malik and laundering money and then running private businesses such as ATF Mango Farms and JK Dairies. I used to invest by showing business payments.

Rana Naseem, JDW’s chief operating officer, is said to have laundered and embezzled کی 600 million annually from the company’s accounts in the form of salaries and benefits, despite the fact that JDW had a record deficit for five years. Showing (negative contribution of Rs 2.27 billion) even though he was not allowed a monthly salary of Rs 1 million. It is said that the accounts of Jahangir Tareen Ali Tareen and Rana Naseem are being reviewed.

FIR No. 19 to 28/2021 (March 22, 2021) CCC Lahore Sugar Set Mafia. The FIA ​​Lahore and Punjab Zone are said to have carried out raids on the night of March 21 and 22 on the basis of intelligence reports from the IB and Special Branch and seized 34% of smartphones, 6% of laptops, and thousands of ledgers. Seize

Examination of digital evidence revealed that 40 players were raising sugar prices through 16 WhatsApp groups and 40 sugar mills in Punjab were fully aligned with them.

10 FIRs have been registered against 40 players and forensic evidence is being examined. Besides, the names of 20 players from Karachi have also been sent to FIA Karachi and an operation similar to FIA Punjab is being carried out in Karachi. Sources said that 464 personal accounts of 40 players, including transactions worth Rs 106 billion, have been frozen.

There were a turnover of Rs 667 billion in 392 anonymous, fake and third-party accounts in which sugar beta transactions have been sent to banks for review and asked to be frozen if required. These accounts also include 10 accounts of ghee mills that were being used for laundering the proceeds of the sugar mafia.

It is learned that investigations into the assets of the players and the management of the mills have also been started and records have been sought from banks, FBR, development authorities, housing societies, and deputy commissioners. The money trail of fake and anonymous accounts and the collection of account details of cash boys of sugar mills are also underway.

These mills have also been asked to account for inward and outward transactions (FTTs) from November 1, 2020, which have been made by or on behalf of these sugar mills or their directors, CEOs. , Brokers, frontmen, whether through banking channels or through money exchange companies or referrals. Following the Sugar Commission’s inquiry, the FIA ​​Lahore has claimed to have detected financial crimes and money laundering in the first place.

A formal investigation has been launched by registering the following FIRs. FIR 39/2020 (November 14, 2020) ACC Lahore (Ramzan Sugar Mills Limited / RSML) The FIA ​​has charged Shahbaz Sharif and his sons with money laundering of Rs 25 billion. For this, they opened accounts in the name of low-paid employees.

The FIA ​​claims that 90% of the money was raised in cash with the help of two very reliable boys. It is suspected that most of this money was sent to the United Kingdom and the United Arab Emirates via Hindi and Hawala.

During the investigation in Kot Lakhpat Jail, an FIA source said that Shahbaz Sharif’s response was vague while Hamza Shahbaz (RSML’s chief executive officer) blamed Suleiman Shahbaz. He has been declared a fugitive and is currently in the UK. FIR 51/2020 (November 14, 2020) According to CCC Lahore (JWDJK Farming Limited) FIA bought assets for 4.35 billion and cheated shareholders, and benefited his son.