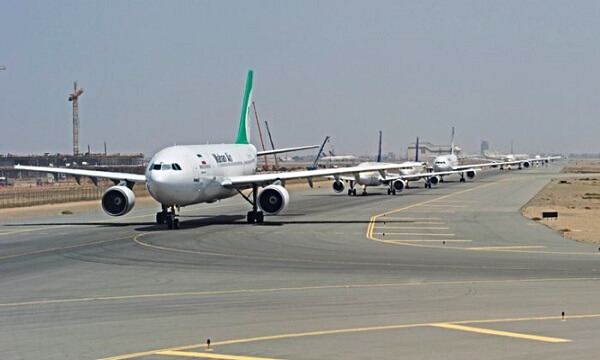 Due to security concerns in Saudi Arabia, the country’s main airport, Jeddah, was closed to all types of flights for more than 5 hours. Most of the flights were landed at the nearby Madinah Munawara Airport.

According to aviation sources, Jeddah’s King Abdulaziz International Airport was closed to all types of flights after 9:30 pm local time, at which time a dozen ready-made flights to Jeddah Airport were suspended. Flights to Jeddah from different countries were put on hold in Saudi airspace.

Most of the flights landed at Madinah Airport after a more than one-hour flight in the airspace, while some flights were grounded at other alternative airports.

According to aviation sources, the airport was reopened for flights at 3 pm local time in Saudi Arabia. After the temporary closure of the airport, the cargo flight SV 954 of Saudi Airlines landed at Jeddah airport at 3:03 am. Of landing.

The flight was returning home from Nairobi, shortly after which a 25-minute Ethiopian Airlines flight landed at 3:05 a.m., while Gulf Airlines Flight 2175 landed at Jeddah Airport in Bahrain.

Later, the arrival and departure of the stopped flights at Madinah Al Munawarah and other airports was resumed, while the flight schedule could not return to normal till 10 am today.

According to airport sources, most flights have been canceled due to this emergency.