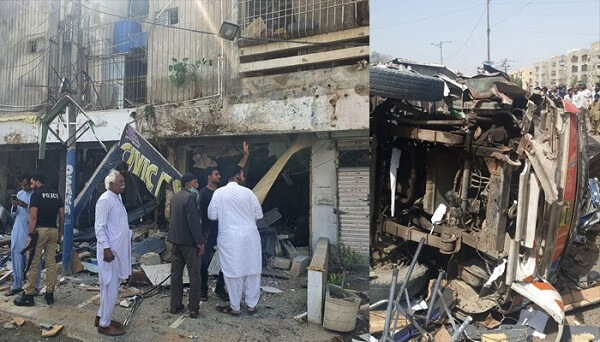 A woman and two children were killed and six others were seriously injured in an explosion at a battery shop near Meteorological Chowrangi in the Gulistan-e-Jauhar area of Karachi.

According to Director Dr. Sami Jamali, the bodies of two children and a woman who were killed in an explosion in Gulistan-e-Jauhar have been shifted to Jinnah Hospital.

According to police, the victims belonged to the same family, the two children were siblings and the woman was their mother.

Police further said that 5 people were injured in the blast and 3 vehicles including batteries, pizza, and a shop of the state agency were also severely damaged. There were cylinders in the pizza shop.

According to SSP East Sajid Amir Saduzai, the blast took place on University Road near Al-Jadeed’s turn. A bomb disposal squad has been called to the spot. I happened

Initially, the incident appeared to be an accident, but no evidence of terrorism has emerged, he said.