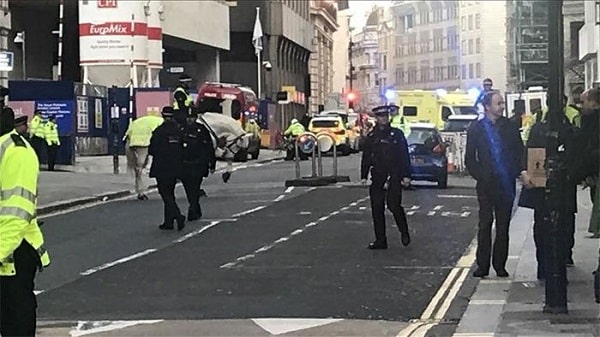 A 14-year-old boy has been stabbed to death in east London. British media say the murder took place at 4 pm on Friday.

According to media reports, police are searching for the relatives of the deceased.

London Mayor Sadiq Khan says he is deeply saddened by the death of the young man.

Sadiq Khan said that eyewitnesses of the murder should contact the police.

Emergency services were called to reports a stabbing in Barking Road in East Ham, Newham, just before 4pm on Friday.
Despite the efforts of paramedics, Fares Maatou was pronounced dead shortly after 4.30pm.
DCI Perry Benton, of the Metropolitan Police, said officers believed Fares was attacked with a “large bladed item”.
He thanked local people for coming forward and appealed to the public to help police catch the child’s killers.
Read also:15-Year-Old Black Girl Killed by Police in US – Named Makhya Bryant
“Fares’ family are, of course, absolutely devastated,” he said. “I have assured them of my total commitment to bringing to justice those responsible for this senseless killing.
“They will be supported by specialist officers at every stage of what will be a terrible ordeal for them in the weeks, months, and years ahead.

“We have already seen fantastic support and received a good deal of information from local people. I thank them for that and ask anyone with information or any witnesses who have yet to speak with police to please come forward and tell officers what they know.
“We are piecing together the picture of what happened on Friday afternoon, and every fragment of that picture will be crucial.”
He added that three boys had been arrested and remained in police custody.
They are a 14-year-old boy and a 15-year-old boy arrested on suspicion of murder, and another 15-year-old boy in connection with the incident.
“This is a fast-moving investigation and there will be further developments,” DCI Benton said.
Despite the efforts of paramedics, Fares Maatou was pronounced dead shortly after 4.30pm.
# International