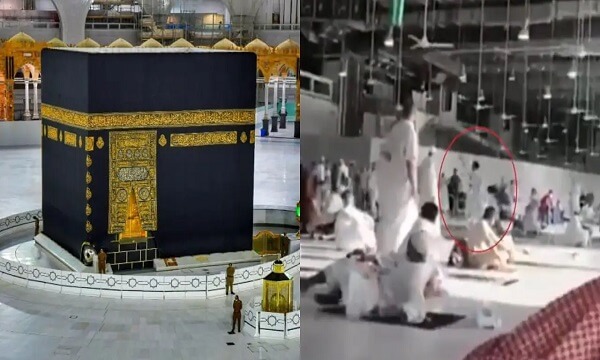 Makkah: A man with a knife was arrested from Masjid-ul-Haram for chanting/Shouting slogans in favor of terrorist organizations.


A man carrying a knife and chanting slogans in support of terrorist organizations was arrested on the first floor of the Haram in Saudi Arabia.

According to a Makkah Mukarramah police spokesman, the incident took place after Asr prayers on March 30. The man carrying the knife was immediately arrested by the Haram security forces. The accused has been handed over to the Saudi police after his arrest and legal action will be taken against him.

Dr. Sheikh Abdul Rehman Al-Sudais, Head of the General Presidency of Masjid-ul-Haram and Masjid-e-Nabawi, said that such prejudiced words are contrary to Islamic teachings and people come to mosques not for extremism but for worship.