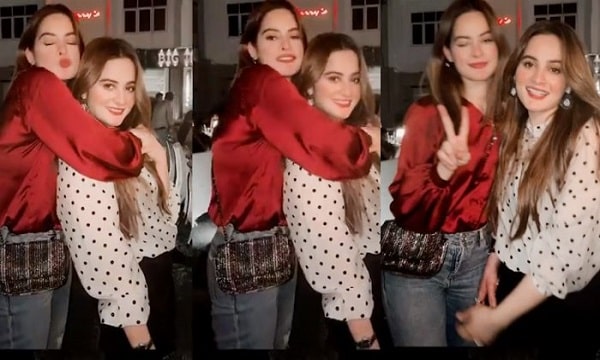 A beautiful video of Pakistan’s leading actresses, twin sisters Manal Khan and Ayman Khan has gone viral on social media, which is being well received by fans of both.

Manal Khan has shared a beautiful video with his twin sister Ayman Khan on his Instagram account in which the deep friendship between the two sisters can also be seen.

Sharing the video with Ayman Khan, Manal Khan wrote in the caption, “We both look very beautiful in this video.”

Manal Khan’s video has also been liked by his twin sister Ayman Khan. In the comment box of the video, Ayman Khan says that “she wanted to post this video on her account.”

The video shared by Manal Khan has received thousands of likes and comments so far in which both the fans and followers are expressing their love for these sisters.

On the other hand, some internet users still fail to recognize both.

In this regard, an Instagram user has asked in the comment box, “Everything else is fine, but can anyone tell me who is Ayman Khan and who is Amal Khan?”