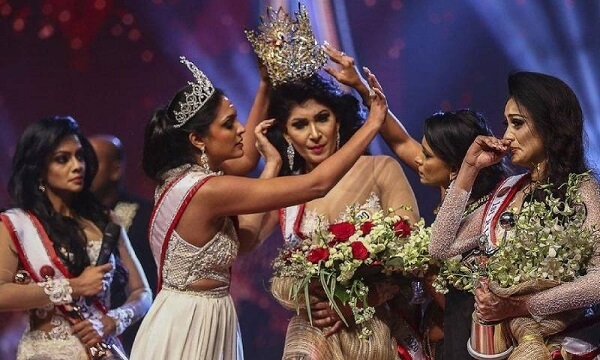 Beauty Queen, who was honored as ‘Mrs. Sri Lanka’ in the Asian country of Sri Lanka, was withdrawn after being crowned due to a dispute over her qualifications.

According to the BBC, the winner, Mrs. Sri Lankan Beauty Queen Pushpika de Silva, won the ‘Mrs. Sri Lanka’s award at a ceremony in Sri Lanka on Sunday (April 3rd).

Shortly afterward, however, the 2019 winner, Caroline Jury, removed the crown from Pushpika de Silva, saying that Pushpika was ineligible for the award because she was divorced.

He told the participants that “according to the rules of the competition, a divorced woman cannot be a part of it, so she is crowning the second-placed woman.”

He crowned the runner-up Mrs. Sri Lanka, while Pushpika de Silva was seen leaving the stage crying in the video.

After the controversy, the organizers of the beauty pageant confirmed that Pushpika de Silva was not divorced, after which she returned the award.

The judges of the beauty pageant declared Pushpika de Silva the winner of 2021 in the final of Mrs. Sri Lanka held on the night of April 3 at the Theater in Colombo. 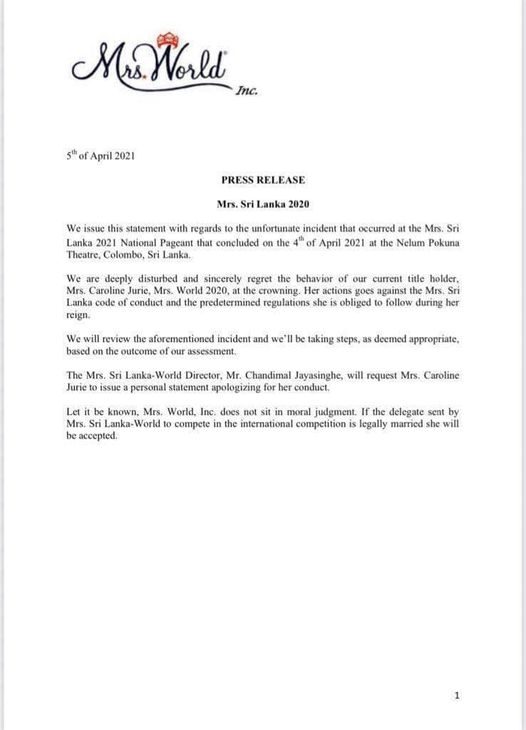 The organizers have apologized to Pushpika, who said she was separated from her husband but was not divorced.

In a post shared on Facebook, Pushpika claimed that she suffered head injuries as a result of the incident, after which she went to the hospital. 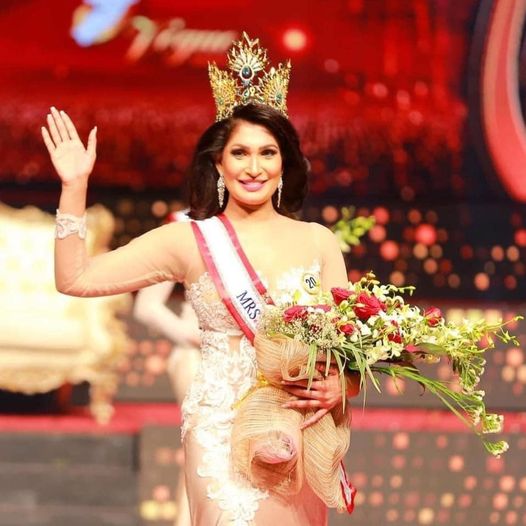 She said she would take legal action against him for the way he was insulted.

“There are many single mothers like me today who are facing difficulties in Sri Lanka,” Pushpika de Silva told at a press conference.

“I name these women in the crown, those single mothers who have a hard time raising their children alone,” she said. 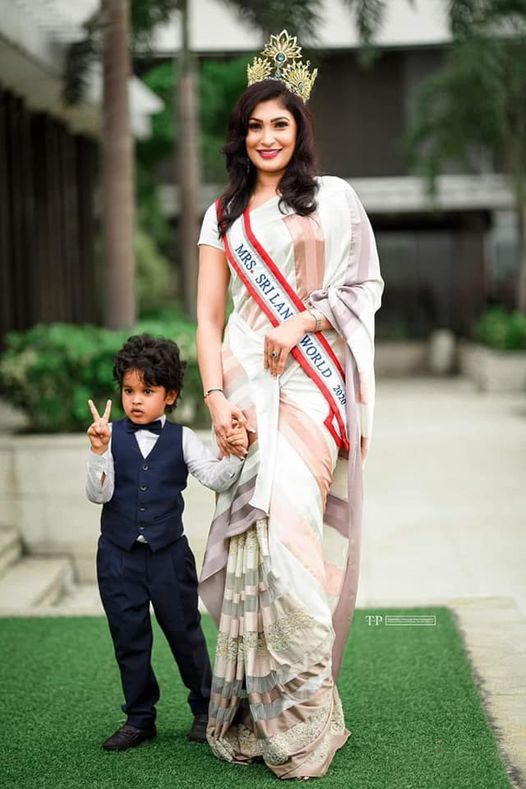 “We are disappointed that Caroline’s jury treated Pushpika on stage was disgraceful and that Mrs. World’s Organization has begun an investigation,” she said.

Police have questioned Caroline Jury and Chandi Mall Jaya Singh over the incident.

It may be recalled that the Miss Sri Lanka pageant is one of the biggest beauty pageants in the Asian country, which was also attended by the Prime Minister of Sri Lanka as a guest.