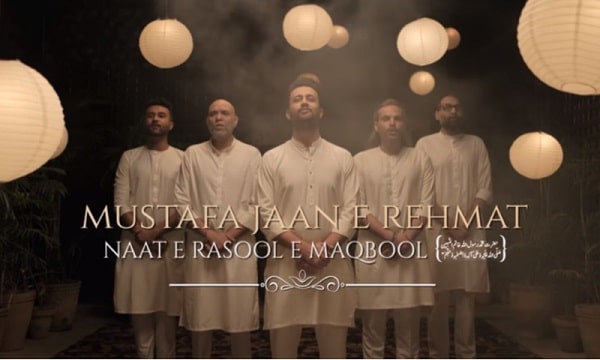 On the occasion of Ramadan, singer Atif Aslam’s ‘Salam Aajzana’ was released.

People liked this word read by the singer very much and it is also trending on social media.

The teaser of the 5 minutes 8 second video was recently released by Atif Aslam on his Instagram account saying that he will release his new offer ‘Salam Aajzana’ in this holy month.

Atif Aslam has also performed praises and verses in the past, which were released from the Cook Studio platform.

The 3-minute video was viewed millions of times on social media in a very short time and was much appreciated by the people.

Cook Studios last year released ‘Asma Al Hasani’ in the voice of Atif Aslam, which was much loved.

In addition, in the year 2019, the twelfth season of Cook Studio was started with the popular hymn “Wohi Khuda Hai” recited by Atif Aslam.

“That is God” has been recited by people other than Ustad Nusrat Fateh Ali Khan and Atif Aslam, but the praise recited in the voice of Atif Aslam was highly praised.

In the eighth season of Cook Studio in 2015, Atif Aslam also won the hearts of the fans by reciting the crowned Haram Qawwali in a unique way.

The Tajdar Haram was also initially sung by Ghulam Farid Sabri, then his son Amjad Ali Sabri, while other singers besides Atif Aslam also sang it.