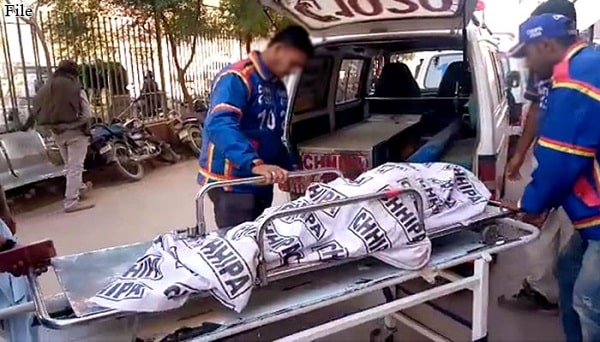 In Sakrand Tehsil of Nawabshah, Sindh, unidentified persons threw the body of a 4-year-old boy outside his house in Bukhari Mohalla and fled. The search for the accused is on.

According to police, 4-year-old Siraj Ahmed had left home two days ago to fetch something and did not return.

Late at night, police were informed that the child’s body was found outside his house in Bukhari Mohalla.

Police have shifted the body of 4-year-old Siraj to Taluka Hospital Sakrand for autopsy.

The boy’s father Allah Dad Mallah told the media that his only son Siraj Ahmed left home two days ago to get something and did not return. We were looking for him when a body was found outside the house today.

“We have no enmity with anyone. The oppressors oppressed me during Ramadan and brutally killed my only son,” he said.

He said that the police had been informed and the search for the child was on but his body was found today.

Meanwhile, according to SSP Tanveer Hussain Tanio, the body of the child has been shifted to Taluka Hospital Sakrand for postmortem.

He said that teams have been formed to search for the accused and the accused would be arrested soon.