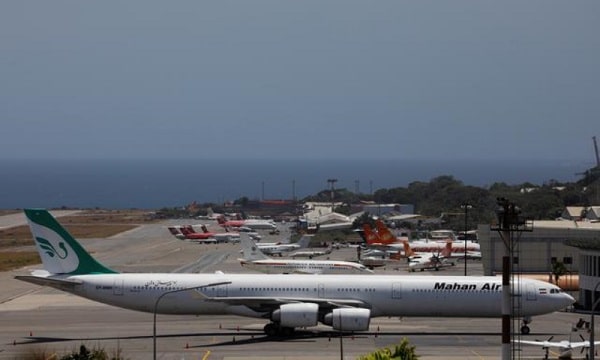 Tehran: Iran’s civil aviation has banned all flights to and from both countries in view of the dramatic increase in cases of coronavirus in Pakistan and India.

According to the Dawn newspaper, Iran’s official news agency (IRNA) said that the decision taken by the Ministry of Health came into force at midnight on Saturday.

Mohammad Hassan Zebakhsh, a spokesman for Iran’s civil aviation, said there were no regular flights between Iran and India, although there were occasional flights.

Several other countries in the region, including the United Arab Emirates, Oman, and Kuwait, have also banned all flights to and from India due to the increase in corona cases.

Health Ministry spokeswoman Seema Sadat Lari said 18,230 new cases had been reported in the past 24 hours, bringing the total number of people infected with a corona in Iran to 2,377,000.

Canada also suspended flights from both India and Pakistan for 30 days, while the US State Department urged Americans to refrain from traveling to India.

The situation is worrying after a new strain of coronavirus spread in India.

Raza Bashir Tarar, Pakistan’s High Commissioner to Canada, urged the Canadian government to reconsider its decision to suspend inbound and outbound flights to Pakistan for 30 days.

In a letter to Canadian Minister of Transport Omar Al-Ghabra, he drew attention to the fact that Pakistan, like other countries, has been plagued by the epidemic but has made better arrangements due to its smart lockdown strategy. ۔

Another 5,870 cases of Code 19 have been reported in Pakistan.

Unfortunately, Pakistan was linked to India where more than 330,000 cases were recorded daily.

Raza Bashir Tarar said the decision to suspend passenger flights from Pakistan showed a lack of information about South Asia.

He said that Canada’s order ignores the fact that trains and flights do not run between the two countries (India and Pakistan) so the ban on flights by Pakistan is illogical.