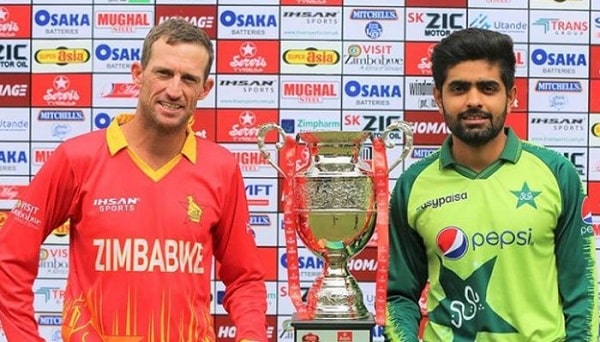 The first T20 International between Pakistan and Zimbabwe will be played today. Preparations of both teams have been completed.

The Green Shirts will also test their bench strength with experienced players.


In Harare, both teams have completed their preparations for the series and the two will be paired for the first match tomorrow.

On the other hand, Babar Azam is once again close to an important milestone, he can become the fastest player to score 2,000 runs by scoring 60 runs in the series.

According to sources, Pakistan team management wants to give a chance to Bench Strength along with experienced players in the series.

Wasim Jr. and Danish Aziz are also expected to get a chance under this plan.

Shaheen Afridi, Mohammad Rizwan, and Hassan Ali can also be rested in a match.

The first T20 match between Pakistan and Zimbabwe will start at 2 pm Pakistan time and Pakistan’s first sports channel Geo Super will broadcast the match live.