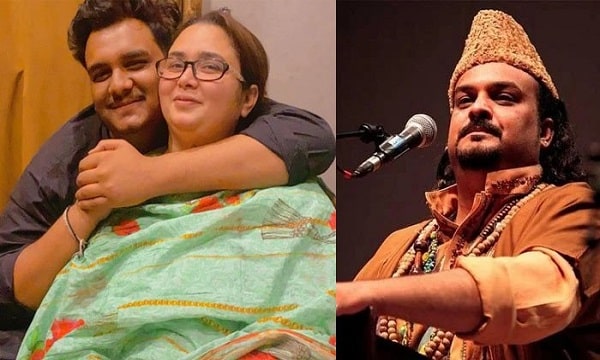 Mujaddid Sabri, the eldest son of Amjad Sabri, who is more active on social media, recently shared some pictures with his mother on his official Instagram.

In the photos shared on Instagram, Mujaddid Sabri is seen serving his mother while these pictures describe the beautiful relationship between mother and son.

Mujaddid Sabri wrote in the caption of these beautiful pictures that “Mother’s prayer is for heaven.”

He wrote, “Mother is the ocean of motherhood and my God is inside my mother.”

A large number of users are liking this beautiful post by Mujaddid Sabri.

Amjad Sabri, the beautiful man who shared love and the best singer, was silenced forever by terrorists in Karachi. Amjad Sabri has 5 children including 3 sons and 2 daughters.