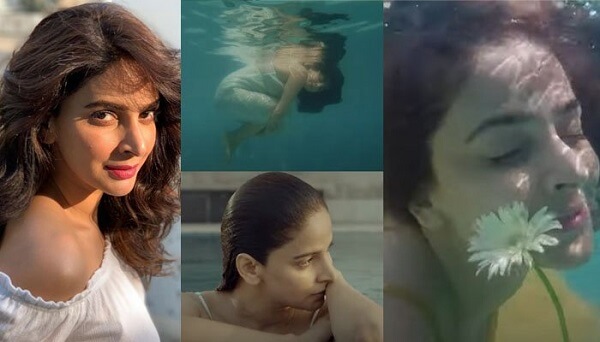 Ek Adhuri Love Story! #Chingariyan episode 6 of her YouTube channel, in which she first appears laughing and then crying.

Regarding this episode, the actress says that this episode reflects her feelings and is very special and close to her heart.

“I released this episode on my birthday and on the first anniversary of my YouTube channel because it’s very close to my heart and in preparing it, I’ve worked hard because this episode is one of my favorites,” he said. The dream is coming true.

The actress said that this video will make you feel that life goes on, this video is based on a story that is the story of all of you.

In the end, he thanked those who helped him complete this project, especially Emad Irfani and Mustafa Zahid.

It should be noted that the news of the actress’s marriage to Azeem Khan was circulating in the last few days, which he had rejected in a message saying that he and Azeem Khan were not getting married.