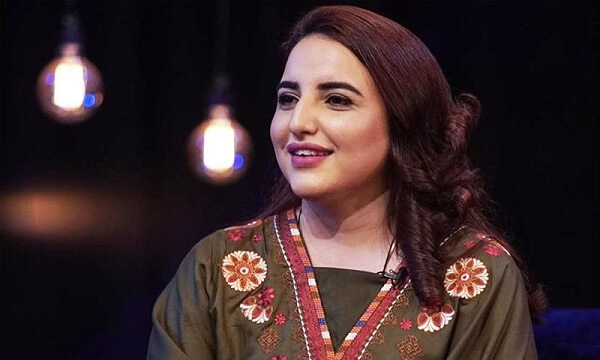 Shaikh Rasheed is Protecting Me, Says Hareem Shah. On the question of marriage to Sheikh Rashid in the past, tick talk star Hareem Shah, who called him a brother, has said that he is being protected by the Federal Interior Minister.

Speaking on Sama TV’s Naya Din program, Hareem Shah said that although she has become very popular and busy now, she now remembers her childhood and village.

Although Hareem Shah described the friends as snakes hidden in the sleeves, he did not name the friends.

Are they in danger of being killed? In response to a question, Hareem Shah did not explicitly name anyone but said he was in danger from friends.

Asked about the dangers to his life and his safety after the videos of celebrities went viral, Hareem Shah smiled and said that in fact, Sheikh Rashid was behind them.

Also read: Sheikh Rashid is like my brothers, Hareem Shah

The tick-tock star jokingly said in meaningful sentences that the federal interior minister was not only protecting him but Sheikh Rashid did not even get married because of him.

On the question of marriage, Hareem Shah said that he believes that couples are formed in the heavens and when they have to get married, it will happen but they do not intend to get married immediately.

The Tuck Talk star said that at the moment their intentions are different and the other thing is that their marriage-age has passed.

She admitted that she has a romantic personality and her heart is very sweet, she does not think badly of anyone.