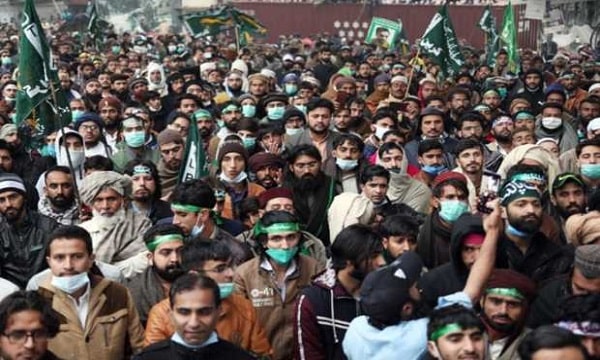 The decision to ban Tehreek-e-Lubaik Pakistan (TLP) could affect the by-elections in NA-249.

If TLP is banned, the candidate will have to end his party affiliation, EC said
Federal Minister for Religious Affairs Noorul Haq Qadri has said that the process of banning Tehreek-e-Libek will be completed in a day or two.
Noor-ul-Haq Qadri in his statement said that the government tried to resolve the issues through talks but Tehreek-e-Libek called for a protest.
“States and governments do not beg, but we have done it,” he said.

Election Commission sources said that after the ban on TLP, the candidate will not be able to contest on the crane mark.


Sources in the Election Commission said that they have decided to stop printing ballot papers till the situation becomes clear.

Election Commission sources said that the candidate will be eligible to contest the election as an independent.

Mufti Nazir Kamalvi is the candidate of Tehreek-e-Libek on NA-249.