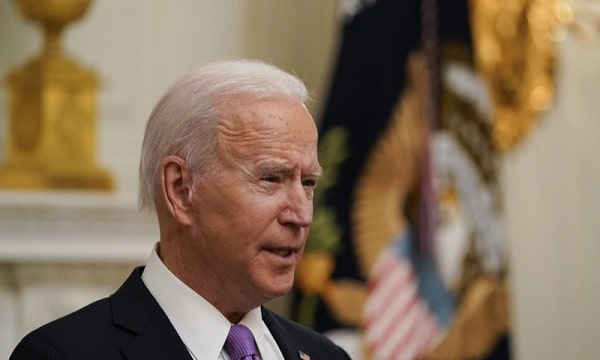 According to foreign news agencies, Joe Biden became the first US president to use the word genocide in a traditional anniversary statement.

Earlier in the day, he told Turkish President Recep Tayyip Erdogan that the move was aimed at curbing the anger expected from a NATO ally.

“We remember the lives of all those who died during the Ottoman genocide in the Ottoman Empire, and we reaffirm our commitment to preventing such atrocities from happening again,” Biden said.

“And we will remember to always be vigilant against the harmful effects of hatred in all its forms,” he added. This statement is a great victory for Armenia and its immigrants.

Since the beginning of Uruguay in 1965, France, Germany, Canada, and Russia have recognized the genocide, but the US statement was more important.

Joe Biden said the purpose of the statement was “not to accuse but to assure that what happened will never happen again.”

Turkey accuses the US of rewriting history

Turkey, meanwhile, has rejected a US president’s decision to recognize the Armenian genocide, accusing the United States of trying to rewrite history.

We have nothing to learn from anybody on our own past. Political opportunism is the greatest betrayal to peace and justice.

We entirely reject this statement based solely on populism.#1915Events

“We will not learn our history from anyone,” Turkish Foreign Minister Mevlod Javish said in a Twitter message moments after Biden’s decision.

In a message to Armenian ancestors in Istanbul, Recep Tayyip Erdogan accused “third parties” of politicizing the century-old debate.

“These debates will not benefit anyone as historians should, but third parties are politicizing it and becoming a tool of interference in our country,” the Turkish cent wrote in a message.

In the last days of the Ottoman Empire, about 1.5 million Armenians were killed between 1915 and 1917, in which the Christian minority was suspected of conspiring with Russia in World War I.

According to foreign diplomats, the Armenian population was besieged and deported to the Syrian desert on a death march, where several people were shot, some poisoned and some died of disease.

Thus, when Turkey emerged from the Ottoman Empire as a secular state, it acknowledged that 300,000 Armenians had been killed, but vehemently denied that it was genocide.

Turkish Foreign Minister Ahmet Davutolu has rejected a statement by President Biden calling the 1915 massacre of Armenians during the Ottoman Empire genocide.

A statement issued by Turkey said that Turkey does not need to learn anything from its past.

Following the US President’s statement, Turkey summoned the US Ambassador to Ankara and expressed its concern.

It should be noted that the United States had termed the incidents that took place with the Armenians during the Ottoman Empire during 1915 as genocide.

President Joe Biden said in a statement that Americans respect all Armenians who were killed in the genocide 106 years ago.