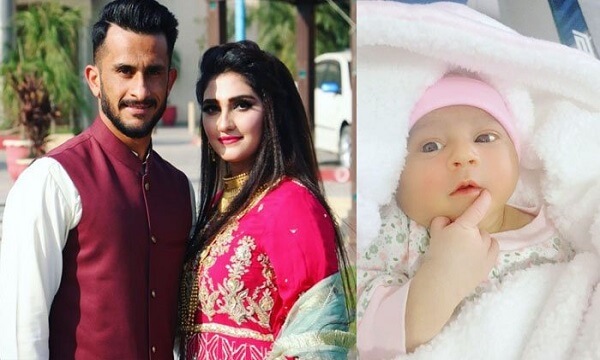 Hassan Ali, the fast bowler of the national cricket team who recently became the father of the little fairy, and his wife Samia Arezoo named their daughter.


In this regard, Hassan Ali’s wife Samia Arezoo shared a beautiful photo of her little fairy on her official Instagram account.

Samia Arzoo shared the photo and welcomed the little fairy to her family.

It may be recalled that Hassan Ali had recently said in a message on social media that Allah Almighty has blessed him with the mercy of his daughter. Welcome the little princess to our family.

It should be noted that on August 20, 2019, Hassan Ali was engaged to be married to Indian Miss Samia Arezoo. The lavish wedding ceremony was held at the Seven Star Hotel in Dubai, one of the most expensive hotels in the world.

Samia Arzoo is based in the United Arab Emirates, but she also visits Gujranwala.