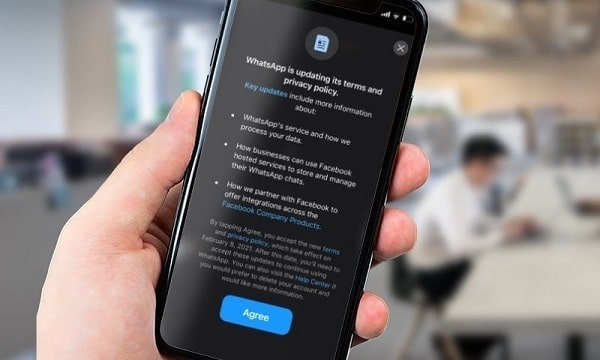 WhatsApp began sending notifications to users around the world in January 2021 to notify them of changes to the new privacy policy and regulations.

The notifications at the time said the new policy would take effect on February 8, but the privacy policy was postponed until May 15 due to strong public reaction.

Now, the Facebook-owned company is once again sending out policy notifications.

However, this time the company is sending these notifications to users who have not yet accepted the new policy.

Simply put, if you accepted such notification in January instead of rejecting it, you will not be asked to comment on the policy again.

Screenshots of the new notification indicate that the company is informing consumers that the new policy and regulations will take effect on May 15.

The company has also clarified that despite the change, all chats in WhatsApp will be end-to-end encrypted while chatting with businesses is being made easier, part of which can be shared with Facebook but will be optional. That is, the user has to choose.

In addition, users are being told how businesses manage their chats.

The report did not say what would happen to those who did not accept the new policy, but details emerged in a February report.

If the new policy is not accepted by the users even at the request of the company, they will be able to receive calls and notifications for a short period of time but will not be able to send or read messages in the app.

According to the email, this ‘short time’ will be several weeks, while a link to the FAQ’s new page has also been provided which details the steps taken with regard to such users.

The company clarified that deactivated customers will still be able to accept the new policy or updates after May 15.

Regarding such inactive users, the WhatsApp policy clarifies that accounts are usually deleted ٍ 120 days after inactivity.