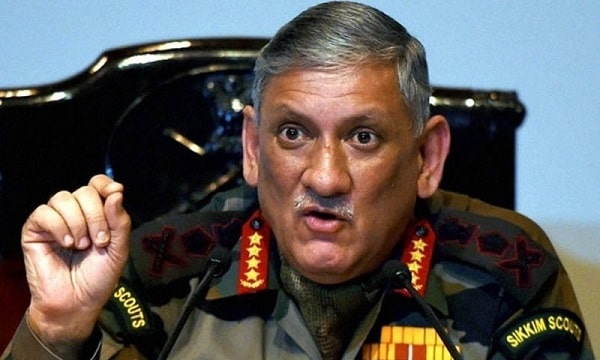 India’s Chief of Defense Staff Bipin Rawat has said that India has reservations about the vacuum created by the proposed withdrawal of US and NATO forces from Afghanistan.


According to Reuters, General Bipin Rawat, speaking at a security conference, said that the worrying thing is that the space created by the US and foreign forces in Afghanistan could be replaced by mischievous elements. He refrained from naming the country which he said could take advantage of the situation and ruin the environment.

US President Joe Biden on Wednesday announced the end of the longest-running US war, saying the withdrawal of US troops from Afghanistan would begin on May 1.

The president rejected calls for more US troops, with some experts, including the local Afghan government, believing that the withdrawal of foreign troops would call into question the law and order situation in Afghanistan. The presence of forces is essential.

“We fear that the vacuum created in Afghanistan after the withdrawal of US and NATO forces will not be exploited by miscreants,” Rawat said.


He said India’s biggest concern was instability in Afghanistan after the withdrawal of foreign troops, which could spread to occupied Kashmir.

He said there were also fears that Pakistan could reap huge benefits in Afghanistan thanks to its long-standing ties with the Taliban and was expected to play a key role after the US withdrawal.

The Indian military official said many people were trying to take advantage of the situation after the withdrawal of foreign troops.

After the Taliban was ousted in 2001, India invested 3 3 billion in building roads, power plants and even its parliament in Afghanistan.

Bipin Rawat said India would be happy to provide more assistance to Afghanistan to bring peace.

It should be noted that while announcing the withdrawal from Afghanistan, US President Joe Biden had said that US objectives in Afghanistan had become very unclear during the last decade.