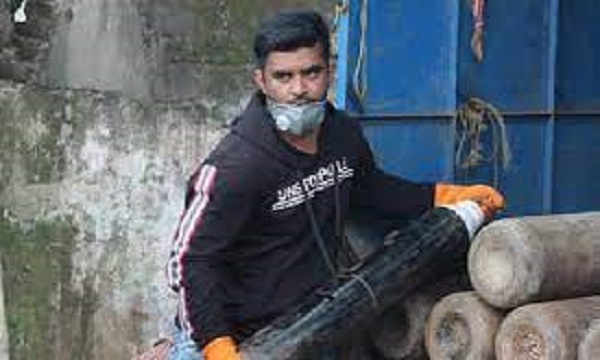 A young man from Mumbai was not seen sobbing by his compatriots and sold his expensive car to help people.

Shahnawaz Sheikh, a resident of Malad, sold his car worth about 4.5 million Pakistani rupees to help the victims from Corona.

Shahnawaz has bought 160 oxygen while renting 40 cylinders and delivering those cylinders to deserving people free of cost.

People from all over the world are paying tribute to the compassionate Shahnawaz and now he is known as ‘Oxygen Man’.