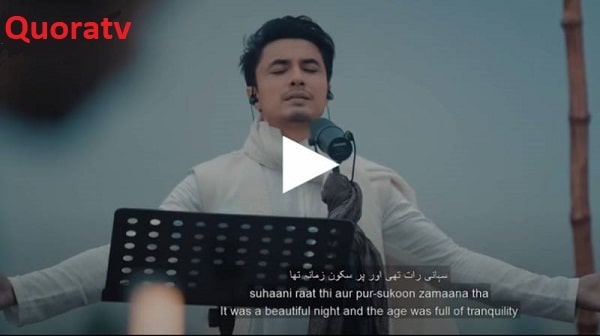 On May 4, Ali Zafar released a Naat titled ‘Balaghal Ula Bi Kamaalihi’ on YouTube, including on his social media platforms.

It can be seen in the courtyard. As soon as the video of Natia Kalam was released by Ali Zafar, it spread on social media and the fans praised the singer.

My heartfelt rendition of Balaghal Ula Bi Kamaalihi. Hope it brings peace to your heart while listening as it did to mine while rendering. | Ali Zafar | Naat https://t.co/hoYw2ztUOh. کوئی حد ہے ان کے عروج کی (صلى الله عليه وسلم) #BalaghalUlaBiKamaalihi

“Balaghal Ula Bi Kamaalihi” has been viewed millions of times on YouTube in just a few hours while it has also been well shared on social media. While people praised the singer for his release of Natia Kalam, people also shared his speech on social media.
Original link: https://youtu.be/yR9ZW4mS_EA

Even before the new Naat-e-Kalam, Ali Zafar had issued praise and Naat in 2019, which was much appreciated.

Ali Zafar’s Natya Kalam “Balaghal ola Bakmala” has been viewed more than 330,000 times on YouTube so far and people have liked this beautiful Natya Kalam immensely. While people praised this Naat on YouTube, its short clips are also going viral on social media.