Bollywood actor Anupam Kher has denied rumors of the death of his wife, actress, and Indian Lok Sabha member Kiran Kher, saying he is fine.

According to the report of NDTV, news of Karan Kher’s death had been circulating on the internet for two days.

After which Anupam Kher denied the rumors through a social media post and said not to spread negative news.

Anupam Kher said in an Instagram post that “all the rumors circulating about Kiran Kher’s health are false”.

He said that Kiran Kher is fine and he has even given the second dose of cod vaccine on Friday.

“I urge people not to spread negative news and stay safe,” the actor added.

Earlier on April 1, Anupam Kher and her son Sikandar Kher confirmed their diagnosis of cancer in Karan Kher.

In a post shared on social networking site Twitter, Anupam Kher said, “Rumors do not improve the situation, so Alexander and I would like to inform everyone that Kiran has been diagnosed with a type of multiple myeloma blood cancer.” ۔

Anupam Kher had said that “Karan Kher is undergoing treatment and we are sure that she will be stronger than before.”

“We are lucky that she is being treated by the best doctors, she has always been a fighter and is moving forward,” he said.

Kiran Kher was diagnosed with blood cancer in November 2020 when he was rushed to a Chandigarh hospital on November 11 with a fractured arm while he did not suffer a fracture or anything else.

Kiran Kher herself was shocked because she did not even fall because of the injury. 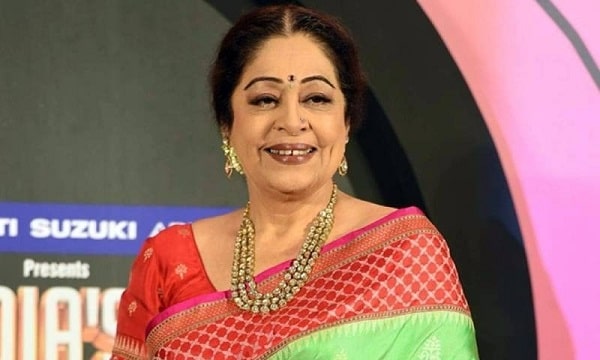 However, when the abdomen was scanned, he was diagnosed with multiple myeloma in his left shoulder and right arm.

Multiple myeloma is a cancer of the plasma cells in the blood that make antibodies to prevent any infection.

Irfan Khan and Rishi Kapoor died last year after a long battle with the disease, while Sanjay Dutt and Sonali Bandra had largely overcome the incurable disease.