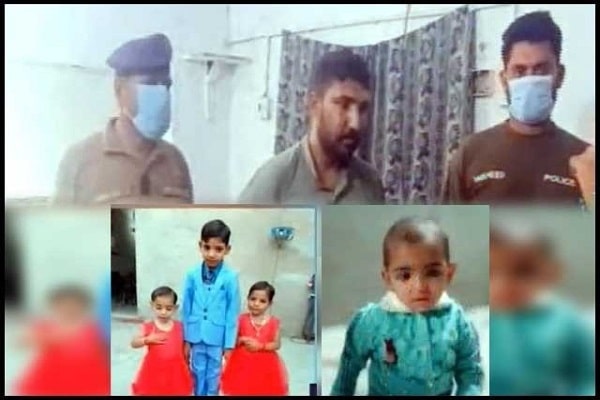 Faisalabad / Jaranwala: An unfortunate father killed his four children by throwing them in the biggest canal of Sheikhupura while asking for clothes for Eid.

While asking for Eid clothes in a nearby village, the unfortunate father killed his four children by throwing them into the largest canal in Sheikhupura and later staged a kidnapping.

Police have arrested the accused and started an investigation. Police sought the help of Sheikhupura police to search for the children and handed over the accused to them, where Rescue 1122 personnel are conducting a search operation in Bhakhi canal on the identification of the accused. However, no child’s body was found.

According to the Willis report, SHO Kharrianwala Inspector Mohsin Maner, while on patrol, started a traditional investigation by treating 35-year-old Mohsin, a resident of Chuck No. 74 RB, as a dacoit. When the mill management fired him, starvation started in his house and his wife Naseeb Bibi went to her Mecca Farooqabad two weeks ago after a fight. I went to pick her up three times but she did not come with her.

Meanwhile, when the children demanded clothes for Eid, I took my 4 innocent children Jawariya, Nimrah, Arwa and Zulqarnain on a motorcycle with me from home 4 days ago and threw them in the Bhaki canal on Sheikhupura Road under the pretext of taking clothes. As soon as the accused Mohsin reached Bhakhi police station, one aspect of the case came to light.

According to police sources, the accused his wife Misbah of misbehavior and said that he threw the children into the canal out of anger over his wife’s behavior.