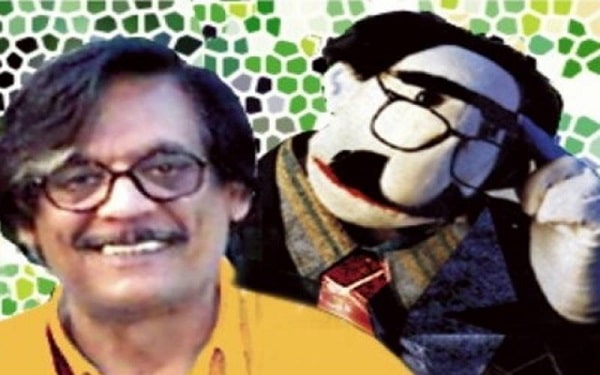 It may be recalled that Farooq Qaiser was born on October 13, 1945, in Sialkot. Due to his father’s government job, he traveled to different cities of Pakistan, and his educational journey was completed in different cities, ie matriculated from Peshawar, FA from Quetta, and graduated from the National College of Fine Arts, Lahore. He did his Masters in Romania and in 1999 he did his Masters in Mass Communication from California, USA.

Farooq Qaiser started his artistic career after graduating from the National College of Fine Arts Lahore in the early ’70s. He is an artist, journalist, TV show director, puppeteer, scriptwriter, and sound actor. Caesar is known for his comic books.

The main reason for Qaiser’s fame is his legendary role of Uncle Sargam which was first played in 1976 in the children’s Urdu language program Kaliyan.

Federal Minister Asad Umar said that he was deeply saddened to hear of the demise of Farooq Qaiser, a great artist of Pakistan. May Allah Almighty grant him a high position in Paradise.

Asad Umar was the creator of timeless characters like Uncle Sargam. He made millions of people enjoy his unique humor. I am proud of his participation in my election campaign.

Uncle Sargam and Aunt Misbate are considered to be the legendary puppet duo of Pakistan while Kaliyan, Patli Tamasha and Sargam Time were popular programs of Farooq Qaiser.

He also studied in Romania on a scholarship, while also serving in UNESCO for two years in India.

Prime Minister Imran Khan expressed sorrow over the demise of Farooq Qaiser and offered condolences to his family.

Saddened to learn of Farooq Qaiser's death. He was not just a performer but would constantly raise awareness about social injustices and issues. My condolences and prayers go to his family.

He said that Farooq Qaiser was not just a performer but was constantly raising awareness about social injustices and social issues.